2021 could be the year of healthcare SPACs, and in this article, you will find more about them. But, before diving into that, remember that you can get more background information on SPACs in this article where we explain how SPACs work.

Special Purpose Acquisition Companies (SPACs), also sometimes called “blank-check” companies, are shell companies that allow a private company to become publicly traded without going through the traditional IPO process. In the last two years, SPACs have picked up momentum: last year, roughly 240 SPACs went public, raising about $80 billion in total funding, nearly as much as all of last year’s IPOs combined, according to Renaissance Capital.

Why are SPACs appealing to healthcare startups?

There are plenty of financial incentives that make SPACs attractive to all stakeholders. SPAC sponsors get a large amount of money if they complete a merger. Investors reduce risk because they buy shares of the SPAC, which are typically priced at $10, and also get a free warrant - even if they don’t like the target company that the SPAC is taking public, they can redeem their shares, but keep the warrants and rights. To offset the dilution, private companies seek a higher purchase price as they negotiate the merger.

SPAC vs. IPO in Healthcare

It is important to understand why a healthcare startup would choose a SPAC over a direct listing or an IPO. As Silicon Valley Bank executive Katherine Andersen explains, SPACs are particularly appealing to healthcare startups that have struggled with regulatory or financial issues in the past, which could be red flags in the traditional SEC review process for an IPO. As MedCity reports, SPACs also have more regulatory lenience than traditional IPOs in some aspects. For instance, they have a lower liability risk for mistakes or omissions made to investors in IPO disclosures. SPACs also give companies more flexibility to share future earnings projections, which can make a deal more attractive — especially with pre-revenue companies. Healthcare startups that have experienced rapid growth due to the coronavirus pandemic might take advantage of a SPAC to capitalize on that growth because it is quicker and cheaper upfront than the traditional IPO route.

Despite the appealing aspects, many successful investors are cautious about SPACs becoming the preferred choice over IPOs. Alex Rampell and Scott Kupor from Andreessen Horowitz wrote an open letter in defense of the IPO, and how to improve it. They argue that there is a popular narrative that greedy investment bankers are intentionally underpricing traditional IPOs to steal from companies. By having oversubscribed IPOs, the price explodes by 50 to 200 percent mere hours after the IPO, representing hundreds of millions of dollars in “money left on the table.” Many companies look to SPACs to avoid this issue, but Rampell and Kupor argue that although an IPO is far from perfect, it’s important to understand how it works to make it better. Read on to dig deeper into the differences between a SPAC and an IPO.

Healthcare SPACs in 2020: The Startups That Went Public

According to the NYSE, in 2020 there were 50 SPACs going public with Healthcare being their target sector. The median proceeds for these SPACs were $130M. The total amount raised by these SPACs outstrips the roughly $4 billion drug companies raised through traditional IPOs in all of 2019, but falls short of the $16 billion raised by biotech IPOs in 2020. 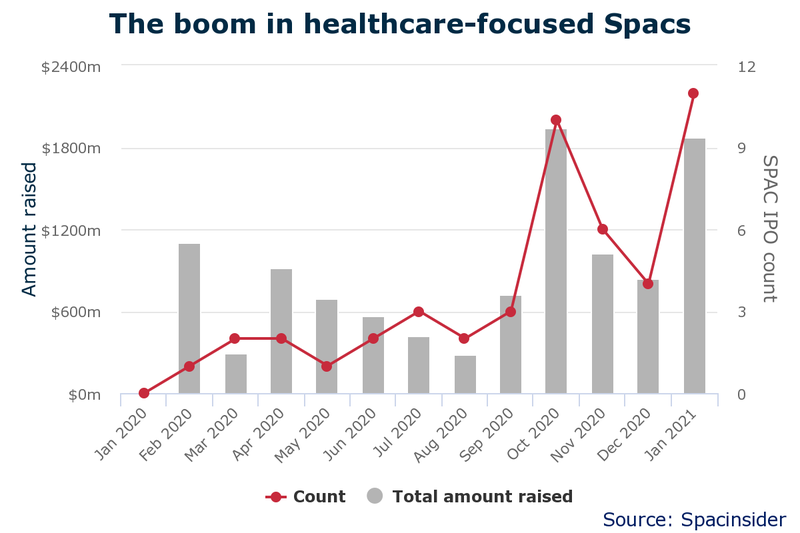 The boom in healthcare SPACs

SPAC price performance and merger announcement and completion times have both been highly variable across all target sectors. Overall, the median SPAC price change from IPO day to the merger target announcement date has been 14.5%, with an additional 10.0% earned between the target announcement date and the actual business combination. Of the 91 business completions (successful SPAC mergers) since 2019, announcements of merger price changes have ranged between a low of -71% to as high as 187%. The chart below illustrates performance variation across target sectors.

Since the boom started, only a handful of SPACs have gone on to merge with a private drug developer, so it is too early to judge the track record of these vehicles in terms of bringing high-quality young biopharma groups to the public markets. Other sectors have seen much higher deal volumes using SPACs, primarily tech and consumer goods. As Evaluate notes, with cash flowing into the drug development sector, attracted in part by the Covid-19 spotlight, SPACs offer investors another way to access private companies that have gained in popularity: in 2020, the biotech sector recorded just over 100 IPOs, nearly double the number in 2019.

Healthcare SPACs: What to Expect in 2021

SPACs have raised more than $38 billion in the first 6 weeks of 2021, with an average of $296 million for 128 SPAC IPOs. That’s nearly half the money raised by SPACs in 2020. CB Insights projects that digital health exits will reach new heights this year; exits could rise 60% quarter-over-quarter in 2021. The wide availability of the COVID-19 vaccine and pharma innovation will drive more deals, with pharma companies and health insurers rounding out their portfolios with new drugs and capabilities. These trends are driving expectations of another big year for M&A and IPOs in 2021, especially in the pharmaceutical space.

This year, we’ve already seen some big SPAC deals in the healthcare space.

Nevertheless, a recently published paper found that most SPACs see their share value drop by a third or more after the merger closes. “For the past 10 years, every single year, SPACs have done terribly post-merger. It seems different this year — is it a blip or will prices fall down?” said Michael Ohlrogge, an assistant professor of law at NYU and one of the paper’s authors.

2021 will be the year of healthcare SPACsaccording to CB Insights senior intelligence analyst Marissa Schlueter. With roughly 70 SPACs actively searching for target companies across the healthcare and life sciences industries according to SPAC Track, the industry could see more startups choosing to go public via this exit pathway throughout 2021. Schlueter argues that based on year-to-date activity, healthcare IPOs could be up 10% in 2021, M&A activity could rise by 35%, and reverse mergers, which include SPAC deals, could jump 47% this year.

Where do you see this trend heading? How do you think SPACs will affect the IPO landscape in the coming year? 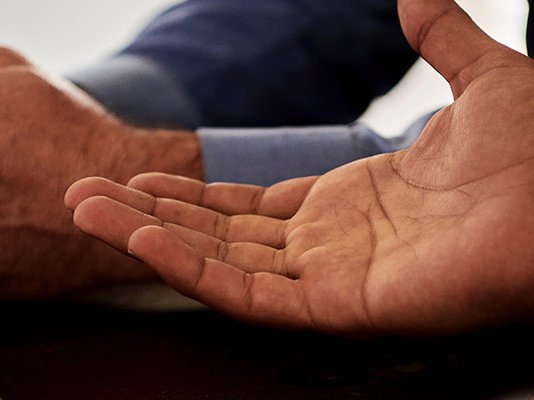 How do SPACs work? SPACs, sometimes called “blank-check” companies, are a big trend. Let us explain what they are, how they work and more. 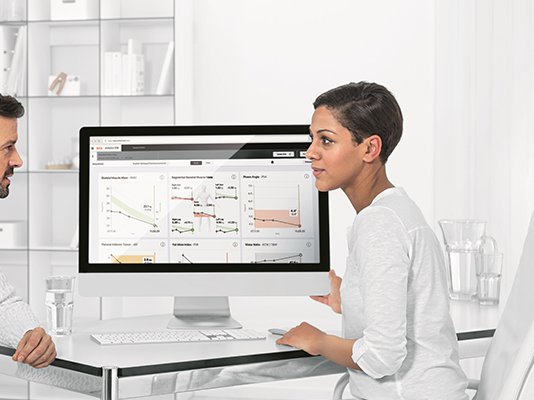 We have chosen 10 health startups that will make healthcare better for patients and providers alike in the year to come.
Read more stories