Space is not a welcoming place for humans. It’s, in fact, one of the most hostile environments we can find ourselves in. Astronauts are extremely isolated, don’t have access to fresh food, are exposed to galactic cosmic radiation… And these are just three examples of what awaits us in space. Life out there, as you probably imagine, is not easy.

NASA is planning to send humans to an asteroid by 2025, and to Mars in the 2030s. The mission to Mars is not a short one. There are actually multiple ways to get to Mars, and they all come with different timelines. However, NASA’s preferred approach is a conjunction-class mission profile, which would take approximately 210 days to get to Mars,  496 days at the Red Planet, and 210 days to get back. Astronauts will travel to Mars, live and work there and then come back to Earth.

If the mission to Mars is to be a success, we need to be ready to face healthcare-related risks, since astronauts would spend over 3 years in space. That’s a very long time! And that’s why NASA’s Human Research Program is partnering with external entities such as the Translational Research Institute for Space Health (TRISH). Together, they’re finding answers to problems that might pop up during this mission.

In order to do that, TRISH is supporting both high-risk early-stage research, as well as pre-seed and seed-stage health technologies that can be modified and used by space explorers on a trip to Mars. Find out more about TRISH and their space health program:

Now, let’s explain a bit more about how our health is affected by deep space exploration.

What Are the Main Factors That Affect Our Health in Space?

Scientists and engineers need to be ready to face the many potential dangers that astronauts might encounter in space. NASA has been studying the effects of space on astronauts for years, but there’s still a lot that we don’t know. And the amount of work left to do is substantial. In fact, NASA astronaut Christina Koch just came back from the longest single space flight conducted by a woman. Her space trip will be key in understanding how space affects female astronauts.

It’s not always necessary to leave our planet in order to study the effects of space exploration on astronauts. NASA has a Human Exploration Research Analog (called HERA), that simulates space conditions by secluding a crew for long periods in a generic spacecraft that never leaves the ground. With the HERA program, NASA studies the effects of isolation and confinement on humans. 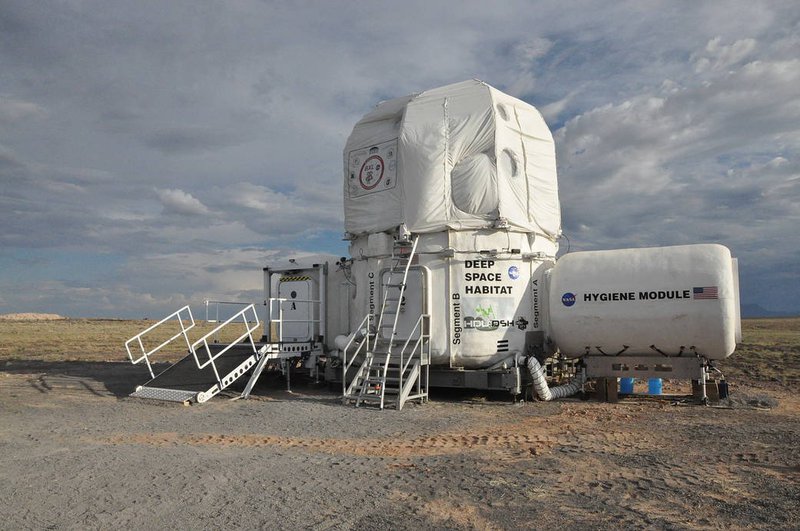 With data from actual space missions and simulations conducted at  HERA, scientists study the main factors that affect humans when they go beyond the stratosphere. And what are those factors? Some of them you can probably imagine, but others can be quite new and even scary! We have listed the main ones:

Space radiation is one of the most dangerous factor for astronauts. Galactic Cosmic Rays (GCRs) come from exploding stars called supernovae and are an important concern for NASA. While on Earth, we are conveniently protected from radiation thanks to our planet’s magnetic fields. Once we go beyond these fields, we stop being protected and things can get tricky.

Astronauts traveling to Mars will thus be exposed to radiation levels over ten times higher than those on Earth. This exposure has dangerous consequences for humans. It increases our lifetime risk of cancer, damages our central nervous system, can cause “radiation sickness” (fatigue, nausea or vomiting) or it can even develop degenerative tissue diseases (such as cataracts, cardiac or circulatory diseases).

Protecting not only astronauts, but also the food and medicines they consume is paramount if we want to keep space explorers safe. In this endeavor, shielding is key to stop radiation.

How can NASA fight radiation effects? Wearable vests and devices that add mass are being developed, as well as electrically charged surfaces that deflect radiation. However, the radiation problem is a big one, and there’s still a lot to be done in order to keep astronauts healthy on a trip to Mars.

In fact, TRISH recently solicited for proposals to develop new models to study the impact of galactic cosmic radiation on the body, and novel countermeasures. Finding new ways to protect future astronauts will be key to a future Mars mission.

Although the effects that space has on our body are many, space explorers must endure isolation, extreme stress and anxiety. . The reasons are obvious: we’re talking about a whole crew confined in a tin can for several months, with literally no chance to escape. You’re unable to go for a walk or breathe fresh air, there’s no real-time communication with Earth (not to mention that one mistake could be a disaster for the whole mission). It’s an exciting yet demanding job, even for people in peak physical condition. Those conditions combined together make up for very particular challenges related to what TRISH calls behavioral health and performance.

As you can see, not everything in space health has to do with keeping astronauts’ bodies healthy. Their behavioral performance needs to remain at an optimal level at all times if the mission is to be a success.

That’s why expedition crews are selected very carefully, and undergo intensive training so they’re prepared to endure what awaits them. Training may  not be enough, though: TRISH is on the lookout for tech to bridge the gap.

“Technology can play a large role,” says Gary E. Strangman, Ph.D., Innovation Specialist at TRISH. “For example, there are sensors that can monitor various aspects of behavioral health, like how much activity astronauts are generating (if you’re depressed, you tend to move less or slow down). You can also measure heart rate, brain function and more components. Technology can also help with countermeasures, including Virtual Reality and other approaches that can help astronauts.”

TRISH’s upcoming industry solicitation will focus on new approaches to help astronauts monitor and maintain their own behavioral health and performance. The Institute is looking for out-of-the-box thinking to design new solutions to what is an often-overlooked concern, even on Earth.

Adjusting to different gravity fields is harder than it sounds, and the potential side effects are many:

How can we prevent these problems? Each of them requires specific solutions (and many of these solutions are yet to be developed). Astronauts can wear compression cuffs on their thighs to stop blood from shifting upwards and damaging their vision; they need to exercise at least 2 hours a day to prevent muscle degeneration; and technologies such as the Flexible Ultrasound System allows astronauts to produce ultrasound scans autonomously, being able to detect and manipulate renal stones or assess bone health.

Space exploration involves many risks for humans, especially on a trip as long as a mission to Mars. And NASA needs everyone’s help to prevent health issues and solve them if they do happen. TRISH is seeking and funding technologies that can be modified and used on NASA’s next trip to the Moon and, in the future, on their trip to the Red Planet. Find out more about TRISH’s program.