The basis for gene therapy is quite simple: if a genetic defect is causing a disease, repairing or replacing the gene will correct it. In the past, gene therapy was defined as the transplantation of new genes to take the place of defective genes for the correction of certain genetic disorders. However, this paradigm is being revamped by the rise of a new generation of genome-editing technologies, where a sequence of DNA can be directly edited.

If a genetic defect is causing a disease, repairing or replacing the gene will correct it.

rAAVs were first discovered in the 1960s and is the only technique of the five that does not directly inflict DNA damage. Between 1990 and 2010, meganucleases, ZFNs, and TALENs were discovered and studied for their applications in direct DNA nucleotide modification. The CRISPR-Cas9 system was most recently discovered in 2013 and has been the rising star and the center of the latest advancements of genome editing.

Homologous recombination with recombinant adeno-associated viruses (rAAV) is not like the following genome-editing techniques because no direct DNA damage is induced. rAAV uses an exchange of nucleotide sequences in order for insertion, deletion, or replacement of a particular DNA sequence. Instead of creating a double-stranded DNA break, it stimulates endogenous homologous recombination to achieve the DNA modification. The mechanism occurs in the same way as a virus, where the “new” DNA sequence is injected into the cell. Using its natural machinery, the cell will replace the endogenous copy with the alternative sequence of DNA. Because of its non-pathogenic nature, rAAV could have many potential applications for gene therapy in live patients.

Meganucleases, also known as homing endonucleases, are the most specific naturally occurring restriction enzymes due to the size of the recognition site. By modifying the recognition sequence, any sequence could potentially be targeted. However, the production of customized meganucleases remains really complex and highly inefficient. Precision Biosciences is a startup working with meganucleases.

Zinc finger nucleases (ZFNs) are artificial restriction enzymes for custom site-specific genome editing. Zinc fingers themselves are transcription factors, where each finger recognizes 3-4 bases. By mixing and matching these finger modules, researchers can customize which sequence to target. A ZFN is a heterodimer (two non-identical subunits), where each subunit contains several zinc finger domains and a Fok1 endonuclease domain to induce double-strand break formation. When the two Fok1 domains dimerize, the unit is activated and a site-specific double-strand break is created. Because this mechanism requires the binding of two DNA domains in order for the cut to be made, this allows a stringent level of specificity and precision. However, this mechanism comes with inefficient results. ZFN technology is currently owned by Sangamo BioSciences, and the technology has been licensed to Sigma Aldrich. ZFNs are both expensive and finicky, going for $4,000 to $7,000 apiece from Sigma Aldrich.

Transcription activator-like effector nucleases (TALENs) essentially do what ZFNs do, but cheaper, faster, and better. TALENs are units of transcription activator-like (TAL) proteins and a Fok1 nuclease. TAL proteins are built from arrays of 33 to 35 amino acids. By adjusting the amino acid arrays (through the coding sequence of DNA), specific sequences could be targeted for cleavage. Addgene sells TALEN plasmids for $65 apiece, which is significantly cheaper than ZFNs. Recombinetics and Calyxt are both startups working with TALENs.

The CRISPR/Cas9 system is part of a prokaryotic immune system that provides self-defense towards foreign entities. Clustered regularly interspaced short palindromic repeats (CRISPR) consist of short fragments of DNA from past invaders, as well as “spacers” of repetitive sequences. This CRISPR collection of DNA sequences acts as a database or genetic memory in order for the cell to recognize and ward off foreign entities with exogenous genetic elements. The Cas9 protein complex contains nuclease and helicase proteins, which are enzymes that cut DNA and unwind DNA respectively. Together, the CRISPR sequence guides the Cas9 protein complex to cut in a precise site-specific manner, targeting any foreign DNA elements as a form of protection. This guide sequence can be customized such that the complex will cut at nucleotide-specific locations. The CRISPR system has many applications, including site-directed mutagenesis (i.e., germ line modification) as well as gene targeting using CRISPR interference for post-transcriptional gene silencing. The CRISPR system is widely used because it is not only simple and inexpensive, but it is easily programmed and efficient. Despite this technique being discovered relatively recently, there is clear validity that explains its domination in the gene-editing field. This technology is still a burgeoning force, with new CRISPR systems being isolated and enzymes being modified for maximum efficiency and precision. There are a wide range of startups working with CRISPR systems, including Synthego, Caribou Biosciences, and eGenesis. 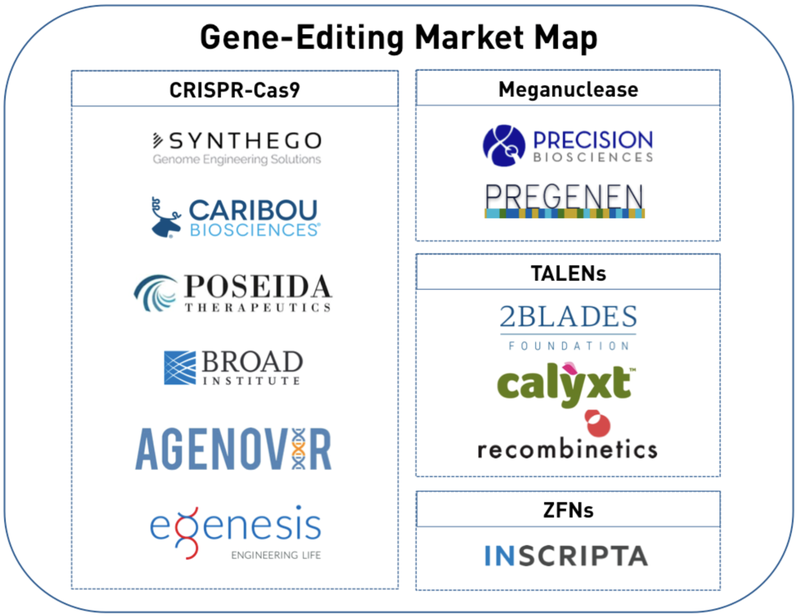 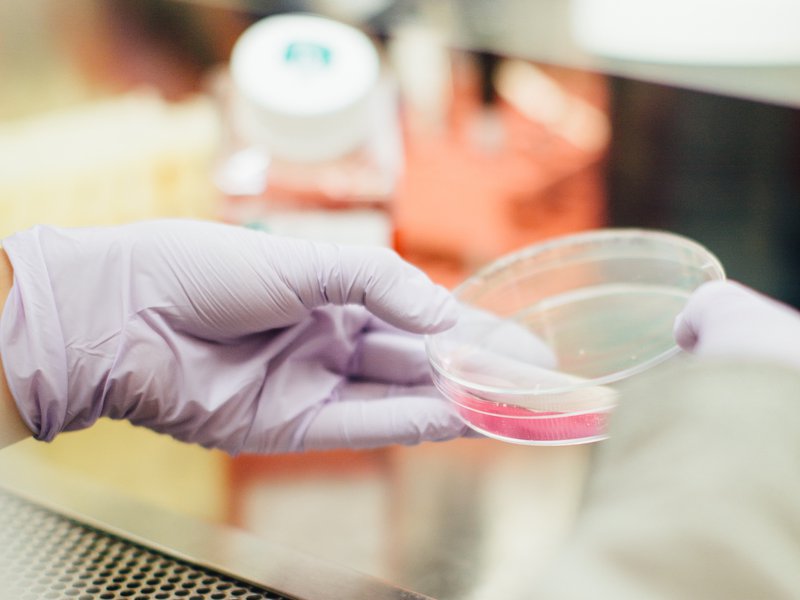 From metagenomics to live bacterial therapeutics to personalized nutrition, the microbiome field is a burgeoning force that has penetrated the health and agriculture industries. 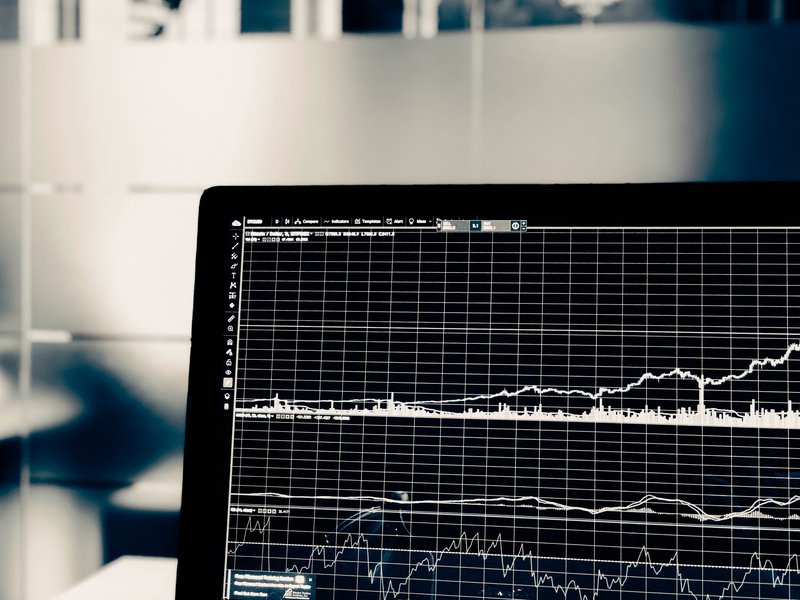 Artificial Intelligence is at the forefront of innovation in healthcare and is growing efficiently to save human lives. 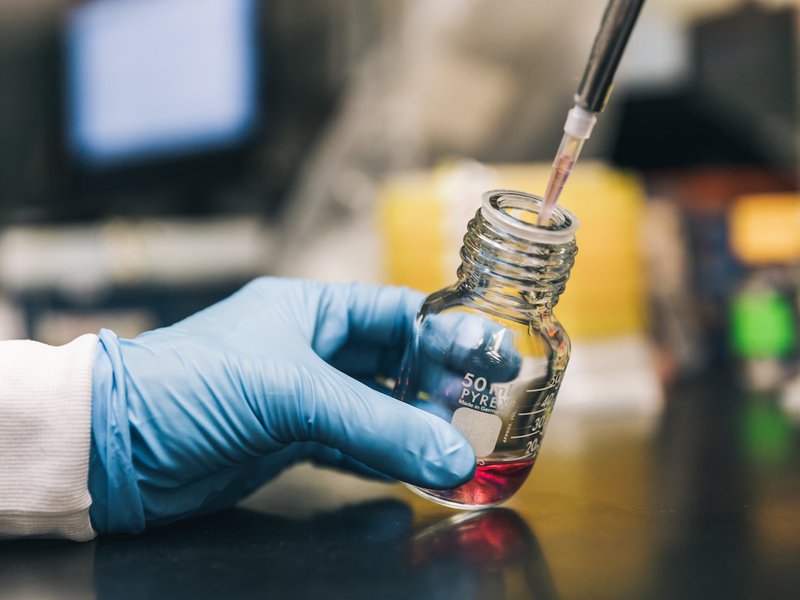 CRISPR enters the world of biotechnology as the latest solution for life threatening diseases and agriculture.
Read more stories