Picture this: a city skyline composed of soaring structures made of glass, metal, and dazzling light. Within its boundaries, all of its denizens are connected via a network of mobile devices and other digital interfaces, enabling them to share information about their community — such as where to find a good parking spot or whether there are delays in public transportation — in the blink of an eye.

Behind the scenes, using a sophisticated technology platform, city government officials utilize the data collected through that community network to make improvements to public safety, transportation, and infrastructure.

Additional benefits include reducing the city’s environmental footprint through smarter conservation and identifying new opportunities for economic development. This operational optimization, combined with interpersonal connectivity, contributes to a better quality of life for the city’s residents.

If that sounds like an idealized vision of the city of the future, you might be surprised to learn that smart cities are happening now — and they aren’t just sprawling metropolises, but smaller urban communities such as your own.

A Smart City? What’s That?

A “smart city,” such as the one described above, is any urban center that adopts a coordinated approach to using data and technology to improve the lives of the citizens and businesses that inhabit it.

The Internet of Things (IoT) is the core technology upon which smart cities are built. The sensors in IoT-enabled devices constantly collect data and feed it into analytics platforms, which provide targeted insights that city officials can use to make improvements. IoT smart cities require 4G/ 5G and other modern networking connectivity to thrive — if devices are unable to collect data and “speak” to each other, no positive changes can be made. To ensure a high level of connectivity, city officials and authorities must work closely with network operators to position multiple points of connectivity throughout the city.

Singapore is a fantastic example of a smart city in action. As an island city-state, Singapore has a single level of government that is responsible for making smart city decisions that play out on a national, rather than a municipal, level. Government agencies use a “Virtual Singapore” — a one-to-one scale 3D digital model of the city — to test out smart technologies and create strategic roadmaps for new smart city projects. By using this approach, the Singaporean government has been able to make substantial improvements to public transportation, enable secure digital transactions, implement a digital services gateway for government agencies (known as SingPass), and more. Singapore has been awarded Smart City of 2018 at the Smart City Expo World Congress for its dedication to smart city initiatives, and ranks #1 in mobility, health, safety, and productivity in the Smart City Index.

Not every city can be Singapore, but every city can invest in the IoT technology and digital transformation necessary to become a smart city — but it’ll take some planning to do it. Just as every business needs to have a solid strategy in place before it can kick start a digital transformation project or utilize IoT in its operations, every city needs the right sustainable infrastructure to support smart city technology in the long-term.

The idea of a smart city is as enticing as it is impressive and offers seemingly unlimited potential in terms of reducing environmental impact and making the lives of city-dwellers and visitors alike safer and more convenient.

However, smart cities run on data — data that must be collected and analyzed quickly and accurately so that the citizens can fully reap the rewards of all that connectivity. Agencies responsible for implementing smart city initiatives must also digitally transform their systems and departments to effectively make use of data. Ultimately, the analytics running behind IoT smart cities connectivity devices are just as critical as the devices themselves. These systems combine the streaming ‘live’ data with Machine Learning models, Artificial Intelligence frameworks and historical data sets to inform predictive and prescriptive actions (such as managing busy intersections with smarter signals). They also provide insights into the data stream itself, allowing for distribution, filtering, storage and other functions though automated models.

Let’s look at some examples of how IoT and data analytics are being used to transform connected cities into smart cities.

Addressing Crime Before It Happens

It might sound like the plot of a futuristic film, but data-based crime prevention is very real and highly effective. Sometimes referred to as “predictive policing,” data-based crime prevention happens when data — such as security camera footage, incident reports, and police patrol data — is collected by IoT-enabled devices and transformed into predictive maps. These maps enable law enforcement to predict where crime will occur, and what types of crimes are likely to occur in certain locations.

This technology has already shown great promise in American cities such as Memphis, which has seen a 29% reduction in violent crimes since it implemented predictive analytics software in 2006. Insights achieved through smart city analytics can be used to identify trends in crime, which enables law enforcement to prevent crimes before they happen.

For many major cities, tourism is a primary source of revenue. One such city, Amsterdam, was named the Capital of Innovation in 2016 by the European Commission for its “Beautiful Noise” initiative. This initiative uses data collected through social media platforms such as Flickr, Twitter, and Instagram to identify tourist movement patterns. It also uses street cameras, Wi-Fi hotspots, and GPS tracking to monitor how crowds move through the city to identify popular landmarks and areas throughout the city where traffic could be diverted to prevent overcrowding. For cities that depend on tourism, investing in IoT technology is a clever and effective way to improve visitors’ experiences.

Public transportation is an excellent way to reduce traffic and emissions, however, to be truly effective, public transportation needs to be efficient and reliable. IoT smart cities use data analytics to monitor bus and subway routes to identify delays, optimize scheduling, and reduce overcrowding. The right data can help city planners increase or decrease routes according to utilization, allocate new buses or subway cars to popular routes, and push real-time updates to passengers about delays, alternate routes, and more.

Most cities have up-and-coming areas as well as areas that are underutilized but have hidden potential. Data analytics can give city planners an overarching view of different neighborhoods to identify potential economic development opportunities for local businesses and major corporations alike. Many public sector companies also invest in local economies, attracting new business and residents. In fact, IoT smart cities could see incremental growth of over 5% and drive more than $20 trillion in additional economic benefits over the next 10 years, according to a report from ABI Research.

Parking is a major source of frustration for city-dwellers and visitors alike. Parking is also a source of frustration for business because they’re more likely to lose out on revenue if parking is scarce. Kansas City recently made an effort to address this issue by enabling the public to access parking data with real-time data visualizations. Residents and visitors can use these visualizations to see the location of Kansas City’s public street cars, which they can ride to and through downtown for free.

In addition to improving parking, Kansas City is also using data analytics to create detailed histories of car accidents on city streets. Using this data, city officials have been able to make upgrades to roadways, such as replacing traffic lights and signage and increasing police presence, which ultimately improve commute times and city safety. San Diego has also adopted this approach to smart city technology and has reduced travel time by as much as 25% by implementing smart stoplights that collect and share data with other traffic lights around them in real time.

Since the early 2000s, San Diego has progressively upgraded its solar vapor streetlamps with LED lights. By replacing over 35,000 lights, the city has saved approximately $2.2 million per year. San Diego also uses IoT technology to connect its lighting infrastructure, known as LightGrid, to a wireless network to monitor the degradation of its LED lights over time, and the city has partnered with GE to add sensors to its streetlights to create an intelligent lighting platform that can sense sound, light, and environmental conditions.

IoT smart cities aren’t the wave of the future, they’re the here and now. Once reserved for businesses, cities small and large are discovering the power of IoT technology and witnessing firsthand its ability to change the lives of their residents. 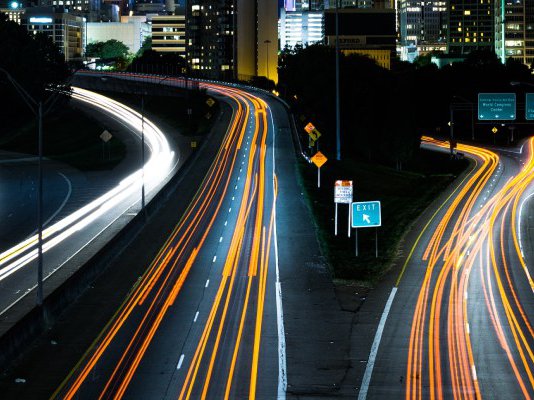 There are many electric car startups working on ways to combat electric vehicle market pains such as range anxiety and charging time. Find out our favorites. 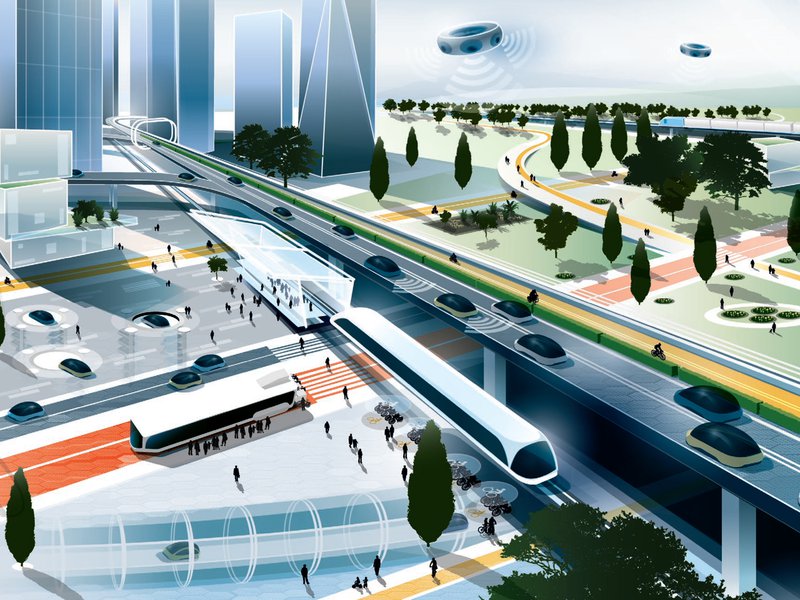 How are modern cities solving these types of difficulties using new technologies, in particular in the transportation field?
Read more stories