Intelligent Process Automation is shaping the future of enterprise by cutting costs and driving exponential growth with cognitive robot agents.

While many believe artificial intelligence (AI) will drive the future of enterprise and eventually replace functional human roles, we still have a long way to go before AI can live up to its true potential. The challenges of developing 100% human-like AI has boosted the popularity of robotic process automation, a middle ground that can automate rule-based tasks to partially replace human labor.

RPA has been one of the most aggressively pursued technologies by the venture capital world in the last few years.

Robotic process automation, often abbreviated as RPA, means deploying a digital workforce that is made of software robots. The robots can automate high-volume, repeatable tasks and free humans to perform more intelligent assignments. The repeatable tasks can include queries, data entries, customer on-boarding, and more. RPA has been one of the most aggressively pursued technologies by the venture capital world in the last few years. In 2018, Softbank bet $300 million on RPA. Another prime example is how the RPA startup UiPath went from a small 10-person team in 2012 to a $7 bn valuation startup unicorn in a short span of seven years.

Nevertheless, staying in the middle ground with rule-based RPA will not suffice the emerging needs of the modern enterprise. RPA was designed to mimic activities carried out by humans, but what enterprises need even more today is technology that mimics human intelligence.

We have seen a new RPA revolution that combines RPA with the power of AI, optimizing enterprise efficiency and profitability with intelligent process automation. The AI evolution of RPA is empowered by the latest development in machine learning and data analytics. Intelligent process automation combines RPA with machine learning and fundamental process redesign, meaning it can learn and improve over time. It is a set of new technologies that fall under the umbrella of AI.

Gartner predicts the RPA industry will grow 57% in 2019, making it the fastest-growing software category. By 2025, RPA software is expected to perform the same output as 140 million full-time employees, having a potential impact of $5 to $7 trillion. This makes the intelligent process automation market even more promising. Enterprise investments in intelligent process automation and other similar technology is expected to reach $232 bn by 2025, compared to $12.5 bn today, with large scale adoption expected across several industries, according to KPMG.

What is Intelligent Process Automation (IPA)

Intelligent process automation (IPA) is transforming the current rule-base RPA with the latest AI capabilities. Current RPA technology was architected over a decade ago and is limited to using a workflow engine to automate simple, repetitive, rule-based click robots. IPA realizes progression from simply automating processes to new models based on machine learning algorithms, allowing automation robots to develop new skills, make judgements, and provide feedback by understanding and learning from the behaviors of human supervisors.

IPA that leverages machine learning can dynamically adapt to new information and fully release the power of data analytics. It represents a paradigm shift in terms of management, organization, and implementation in which, for machine learning components, it becomes possible to go beyond the mere concept of flow programming to actually “training” the machine. The machine does not return output based on clearly defined rules and logic, but instead follows complex decision-making processes, which are self-generated based on data collected.

The Difference between RPA and IPA

Robotic Process Automation: Process automation tools that automate repetitive, simple, and mundane tasks with no intelligence. It only performs automation within a predefined process. RPA tools get stuck when judgement is needed on what, how, and when to use certain information in certain contexts.

Intelligent Process Automation: Intelligent robots that work beyond basic automation and leverage core AI capabilities to learn from its human supervisors about how to utilize information collected.

Before we go any further, let’s break down the AI capabilities that IPA is creating:

Why can IPA Solve RPA Challenges?

By adding a layer of AI, this barrier is effectively removed as AI capabilities unlock access to unstructured data using NLP. When it comes to advanced automations, IPA helps enterprises transform from rule-based to AI-based automation, empowering human supervisors in data-driven decision making.

What are the Benefits of IPA for Enterprise Performance?

Per a McKinsey research publication, companies who are already working with IPA have seen results in:

·      High ROI in the triple-digits for most companies

While IPA can be found in all industries, the bigger adopters are banks, insurance companies, healthcare, manufacturing, telcos, and utility companies, all with many legacy systems, with the goal to accelerate digital transformation. Here are some use cases.

Much of the claims processes in traditional insurance companies require hours of manual effort by employees. IPA platforms can automate most of those important, but routine, steps. IPA can port over customer data from completed claims forms into the company’s CRM or other database through field mapping. For printed forms, it can scan, digitize, and port that information into the database too. This eliminates hours of click work and data entry for claims employees.

McKinsey predicts that automation will reduce the cost of the claims journey by up to 30%, while Autonomous reports the insurance industry could see a $1.5 trillion reduction from automating claims processing.

The average acquisition cost for a mortgage customer sits at $7,747, according to a Mortgage Bankers Association performance report. Banks seek to cut these acquisitions costs as much as possible. At the same time, 80% of banking customers don’t have their mortgage with their primary bank. Banks can reduce their acquisition costs by cross-selling mortgages to existing customers. When IPA platforms have access to vast amounts of business data, it can alert bankers when existing customers exhibit home buying behavior. It can also suggest which loan products the banker should cross-sell to them based on their data profile.

Nowadays, many companies are moving towards a subscription-based model. A significant portion of enterprise revenue comes from client renewal. IPA can analyze customer behavior and data to find key risk factors, while also alerting the account manager on potential churn accounts and provide recommendations on how to retain the customer.

Who is Pioneering IPA?

Progress made in AI, robotics, and automation - supported by substantial capital investments - are fueling a new era of intelligent automation, which is likely to become a key driver of organizational performance optimization in the years to come. A few leading RPA providers such as UiPath, Blue Prism, and Automation Anywhere had huge successes in leading the way for enterprises around the world to adopt RPA.

Automation Hero blends RPA and AI to create an IPA platform that tackles enterprise problems with a completely new approach. It creates an intelligence fabric by running highly scalable, distributed automation flows that weave together click robots, structured and unstructured data sources, deep learning, data processing, and the human workforce to serve the modern enterprise. It’s the only system that easily automates business processes on both the front and back end, rather than solely focusing on front-end automations. Automation Hero is built by the founding team of Datameer, the leader in big data analytics, and a world-class team of AI experts.

Automation Hero’s platform offers a proactive and adaptive virtual assistant called Robin that serves human supervisors with intelligent performance improvement suggestions. It interacts with each user via email, offering up suggested tasks it can handle on behalf of the employee. The virtual assistant can condense an hour of tedious work into one minute.

By leveraging both AI and RPA, IPA combines everything an enterprise needs to optimize performance. Just like how we are all equipped with a computer today, in the future, all enterprise employees will be armed with an IPA robot assistant.

If you want to get on the IPA wave and work with some of the most advanced startups to make sure your organization won’t be left behind in the age of AI and automation, apply here.

Insurance Technologies in the Digital Age

How insurtech is changing the industry as we know it

Technology and innovation are reshaping the insurance industry. In our blog series, we analyze the new landscape and the role that startups play in it. 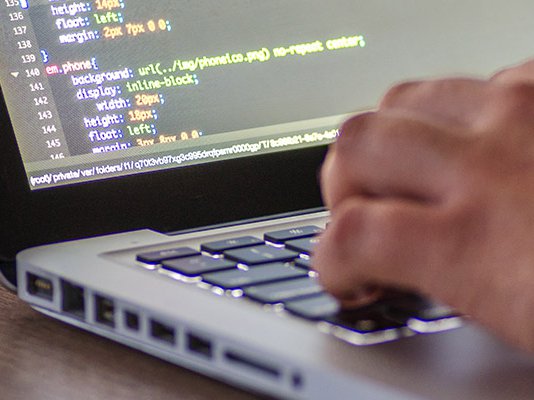 Robotic Process Automation (RPA), is the technology that gives anyone the ability to configure software by creating rules, rather than code. In effect, it can automate any repetitive, time-consuming task that an employee might do manually. 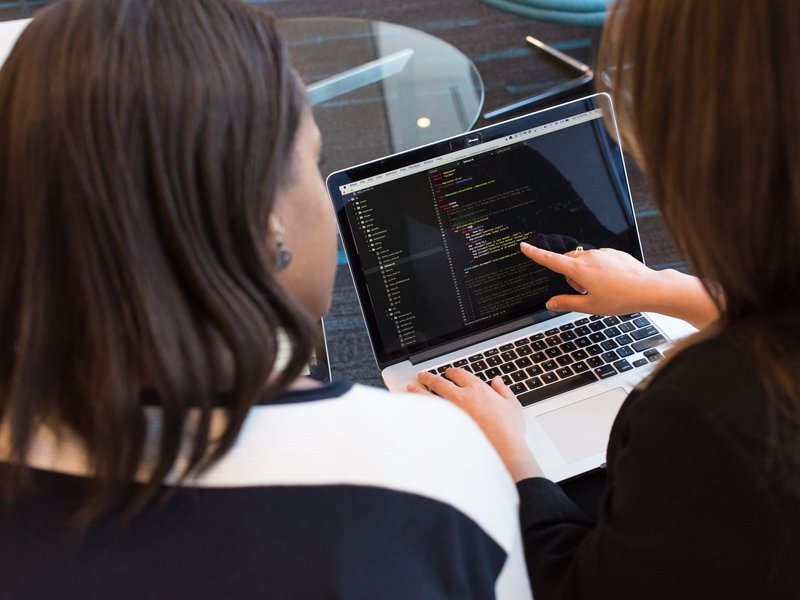 Natural Language Processing is a core component in any human-to-computer interactions. Naturally, the technology is being used in human resources from the first resume screen to the exit interview. 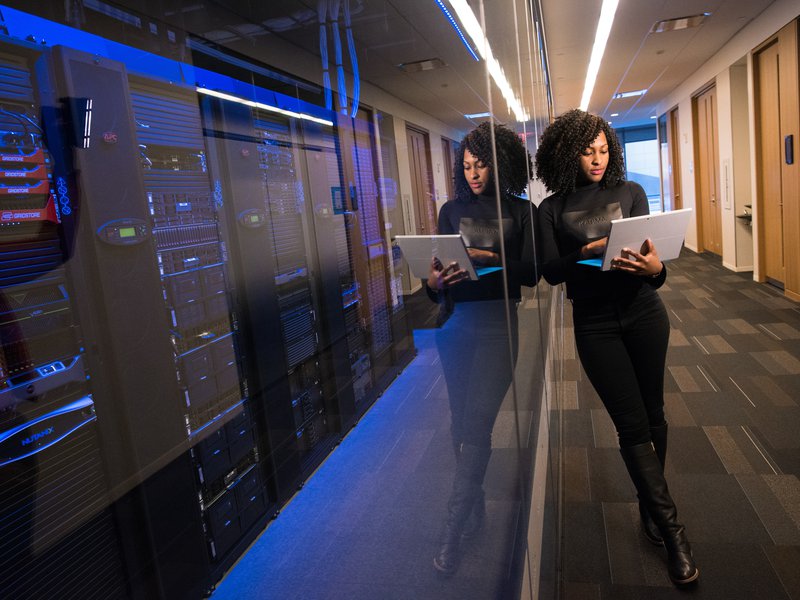 Big data will change how even the smallest companies do business as data collection and interpretation become more accessible. New, innovative, and cost-effective technologies make it easy for any organization to seamlessly implement big data solutions.
Read more stories