Given the need to reduce global greenhouse emissions, it’s paramount to accelerate energy innovation and make use of existing resources to be competitive. In fact, several of Plug and Play’s major corporate partners have committed to achieving net-zero carbon emissions across their operations. To offset some of these emissions, direct air Carbon Capture, Utilization and Storage (CCUS) technologies could help achieve the net zero goal.

On June 25th, 2020, Plug and Play hosted a virtual webinar where we provided insight into the state of emerging tech trends in the CCUS space, and showcased five emerging startups that convert CO2 into sustainable biofuels and commercial products such as plastics, concrete, and more.

You can watch the full virtual event below:

“If you ask people about the technologies that we’re using to tackle climate change, they’ll probably tell you about solar energy, wind, or EV technology,” said Jim Giles. “But there’s another critical suite of technologies that we can use to capture and sequester carbon for the long term. We’re seeing a surge of interest from entrepreneurs, investors and policymakers in these technologies, and I think they’re set to make a really big impact.”

At today’s rate, how much carbon can we emit without going over a threshold? That’s what we call the carbon budget. Carbon budgets are a “simple” way to measure the additional emissions that can enter the atmosphere if the world wishes to limit global warming to levels such as 1.5C. 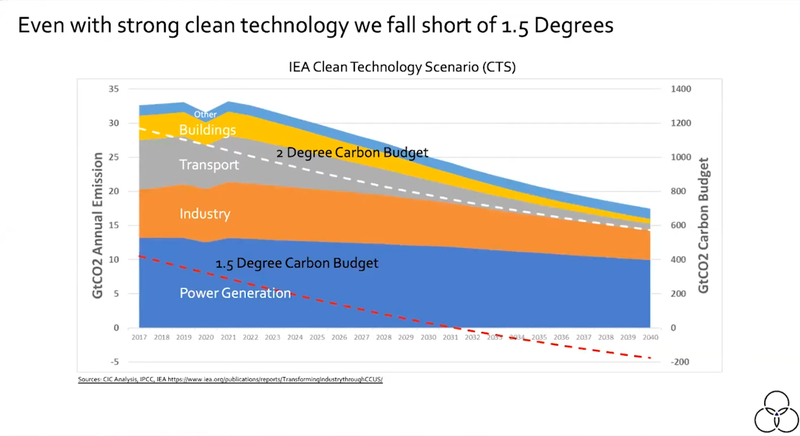 “If we don’t want to go over a 1.5C carbon budget, we really don’t have much time,” said Alexander Rozenfeld. “We have 10 years left. It’s going to be almost impossible to reach that. A 2C carbon budget extends the timeframe, but it’s still challenging to meet.”

It is a massive challenge, that’s for sure. But challenges bring opportunities. “In the US alone, there are about 25M tonnes per annum of carbon being captured and utilized. It’s not an easy problem to solve, but there’s a great opportunity to bring in new technologies and face this challenge.“

Technology To Capture and Store Carbon

Carbon Capture and Storage technology captures CO2 emissions, preventing carbon dioxide from entering the atmosphere. Carbon capture is where a lot of the technology has focused for many years, but there are a lot of new technologies coming in, such as direct air capture.

And what happens when we have captured the CO2? Because it isn’t just capturing it, there are a lot more things to consider. Such as where you capture it. “Moving CO2 is very expensive. No one really wants to have a new pipeline built in their backyard,” said Rozenfeld.

Once you’ve captured the CO2, you need to do something with it.

In terms of opportunities for corporations, capturing at the source is “low hanging fruit”, said Rozenfeld. “That’s where a lot of the focus has been, especially from the Department of Energy.” Corporations are very interested in circular economy opportunities, taking carbon and recycling it into chemicals and materials, and decarbonizing part of the value chain. “That’s certainly one of the biggest opportunities if you are a major CO2 producer, and it’s where most of the innovation is happening right now.”

For other industries, it can be more challenging. Let’s take as an example from the oil and gas industry: Should they move to electric vehicles and decarbonizing through the electrification of transport? Or should they invest in carbon capture technologies disproportionately? The answer is not an easy one, and only the future will tell.

“It’s a really exciting vision,” said Giles. “The idea that, instead of having a linear economy around carbon, we can, for example, pull CO2 from the atmosphere and use it to produce anything, from jet fuel to plastics.” Unfortunately, this is not as easy as it sounds.

“There’s a lot of excitement about direct air capture, but the cost is 3 to 4 times more than it is to capture the CO2 from a large petrochemical facility,” said Rozenfeld. “There's a long way to go on that technology. But it has a lot of potential benefits.”

Neustark is a company that enables the production of net-zero emissions concrete. Net-zero emissions mean that all emissions that we cannot avoid, we need to address through negative emissions permanently removed from the atmosphere and safely stored. In order to do that, Neustark focuses on concrete, an industry that emits three billion tons of CO2 annually.

Cemvita Factory started with a “simple” idea: To mimic photosynthesis and go from CO2 to glucose. They want to use synthetic biology to create economical low-carbon solutions for a sustainable future.

Opus 12 is a Berkeley-based startup that recycles CO₂ into cost-competitive chemicals and fuels. Their technology bolts onto any source of CO₂ emissions, and with only water and electricity as inputs, transforms that CO₂ into some of the world's most critical chemical products.

Climeworks’ direct air capture plans capture CO₂ with a filter, using mainly low-grade heat as an energy source. The pure CO2 gas is then sold to customers in key markets, including commercial agriculture, food and beverage industries, the energy sector and the automotive industry. 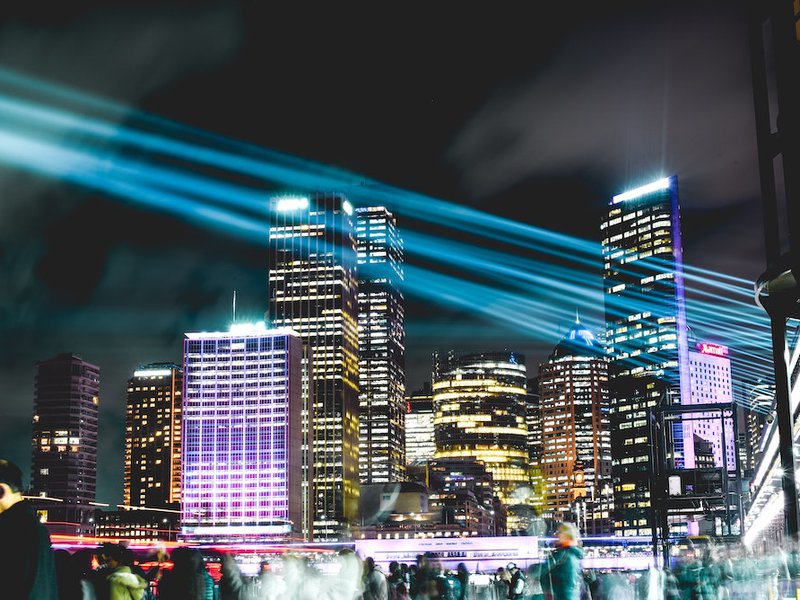 Spurred by demand from customers and pressure from their own employees, more than 170 companies to date have pledged to become carbon-neutral by the middle of the century, if not sooner. 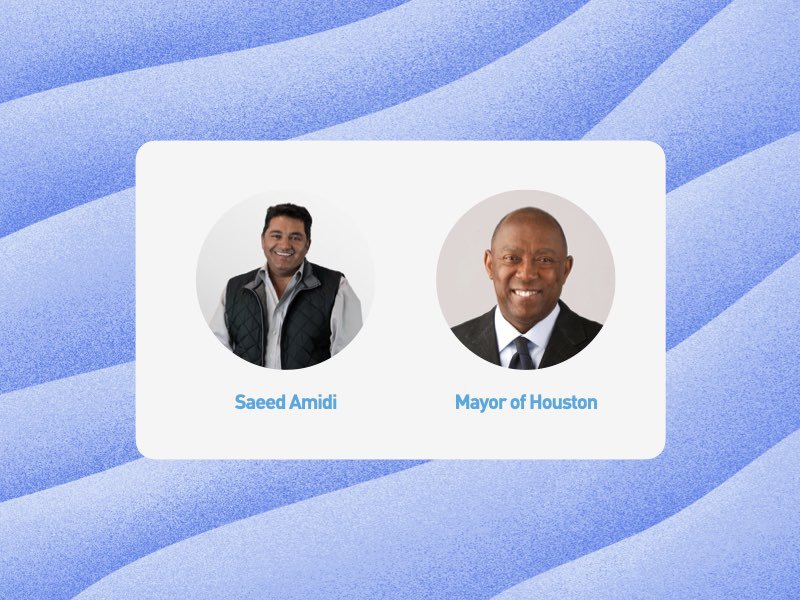 Find out more about the Fireside Chat between Sylvester Turner, Mayor of Houston, and Saeed Amidi, CEO and Founder of Plug and Play. 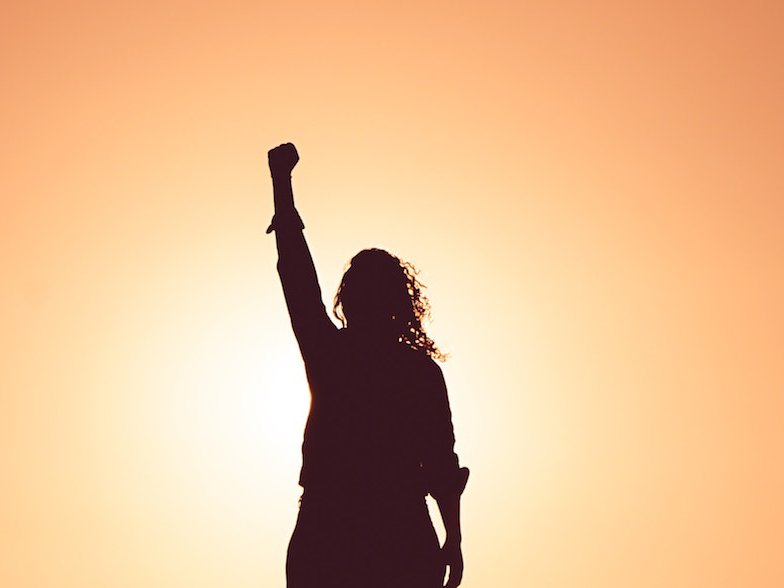