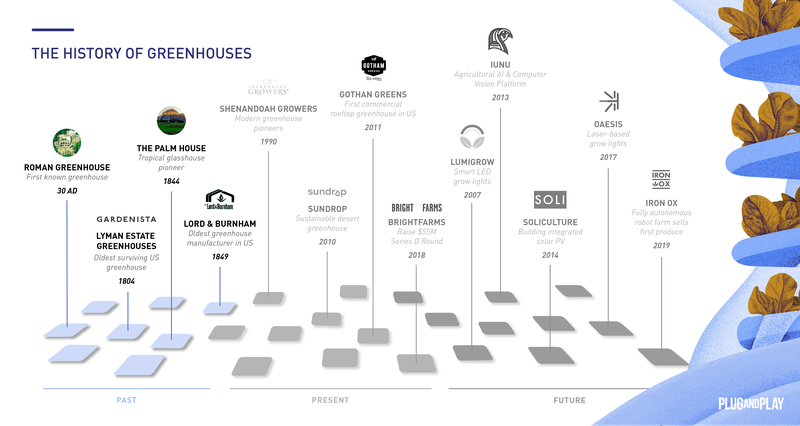 Controlled environment agriculture, commonly referred to by the acronym “CEA”, has become an extremely popular topic as of late throughout the agriculture, technology, and investment arenas. This is especially a result of the recent surge of interest in vertical farming, where plants are grown entirely indoors under the pink and blue hues of energy efficient and spectrum-tailored LED lights. These production facilities can be found in urban basements, underground parking garages, and even abandoned highway tunnels in cities across the globe.

No company showcases this recent craze for vertical farming more than Jeff Bezos-backed San Francisco based company Plenty, which in 2017 amazed the world with a record shattering $200 million in Series B funding. Other east-coast companies, such as AeroFarms and Bowery, are also generating large amounts of investment buzz from prominent chefs, tech giants, and venture capitalists.

There are many drivers to explain this recent trend—some environmental, others social, and also those that are market-based. One of the largest drivers is a growing consumer demand for local food, which in the US has skyrocketed from a $5 billion annual market in 2008 to around $20 billion as of 2019. Perhaps most importantly for the CEA industry, surveys show that at the current moment retailers are struggling to keep up supply with this rapidly growing consumer demand.

While vertical farming is certainly the center of attention these days, in the grand scheme of controlled environment agriculture it is still relatively small in comparison to the dominant industry: Greenhouse. In fact, almost all of the technologies that vertical farms use to grow crops indoors, from hydroponic irrigation to smart sensors and climate-control, have been and continue to be developed by and for the greenhouse industry. How else did you think that the Netherlands is second only to the US in terms of total food exports?

Greenhouses have also been around for a lot longer than vertical farms—millennia in fact! They are therefore the perfect subject for this 3-part article series by Agritecture & Plug and Play that will provide an overview of the greenhouse industry: past, present and future.

We’ll tell you how greenhouses first began, what the industry landscape is today, and how innovations like solar integration will transform the greenhouse industry of the near future. So keep reading Part 1 below, and be sure to stay tuned in the coming weeks for Parts 2 & 3 of this Greenhouse series. We hope you enjoy!

How did we get here?

Indoor agriculture may seem like a very modern way of producing food, but the truth is that people have been growing food in controlled environments for thousands of years.

Maybe not so surprisingly, the first greenhouse ever built for food production is commonly attributed to the Romans around 30 AD. The story goes that royal physicians recommended Emperor Tiberius Caesar eat a cucumber a day for his health, although the exact crop is debated. To keep their emperor healthy year-round, Roman engineers created a structure for growing plants during cold weather with a translucent roof made out of mica that would allow sunlight in while keeping heat from escaping outwards. Thus the greenhouse was created, although it was probably a far cry from what any greenhouse grower today might recognize.

The first “modern” greenhouses that used glass outer-structures began popping up during the early days of the Renaissance, specifically in Italy. These first indoor botanic gardens were used to grow exotic crop species brought home by oceanic explorers. Soon these structures caught on all over Europe, and as Italian, French, English and Dutch explorers brought new crops home from their travels, Europe’s wealthy class developed a strong taste for foreign plants and fruits such as orange and pineapple. Over the next few centuries, greenhouse popularity continued to soar at universities and wealthy estates alike, such as England’s iconic Palm House—considered “the world’s most important surviving Victorian glass and iron structure.” 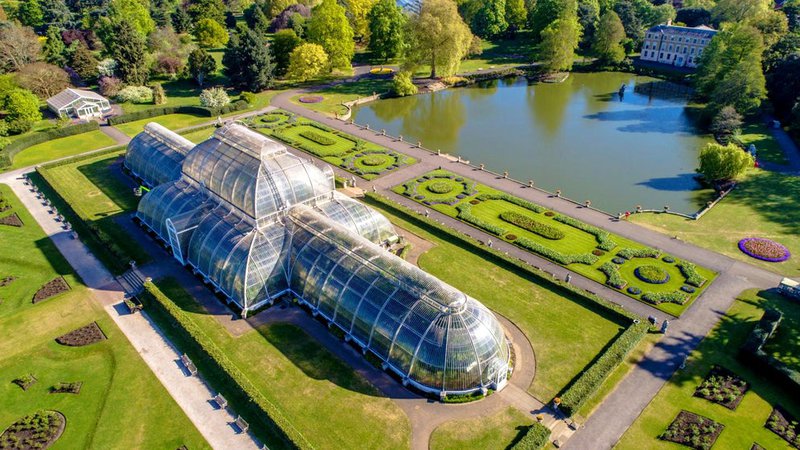 (The Palm House at Kew Royal Botanic Gardens in England, originally constructed in 1844 as a home for exotic plant varieties brought back from abroad. | Source: itinari)

In the U.S., the tradition of growing food in greenhouses dates back to wealthy estates of the 1700’s. Some of the oldest surviving growing structures today are the Lyman Estate Greenhouses near Boston, Massachusetts, the first of which began construction in 1798 and was completed in 1804. These greenhouses were (and continue to be) used to grow a variety of edible and ornamental crops, originally including grapes, peaches, and roses. 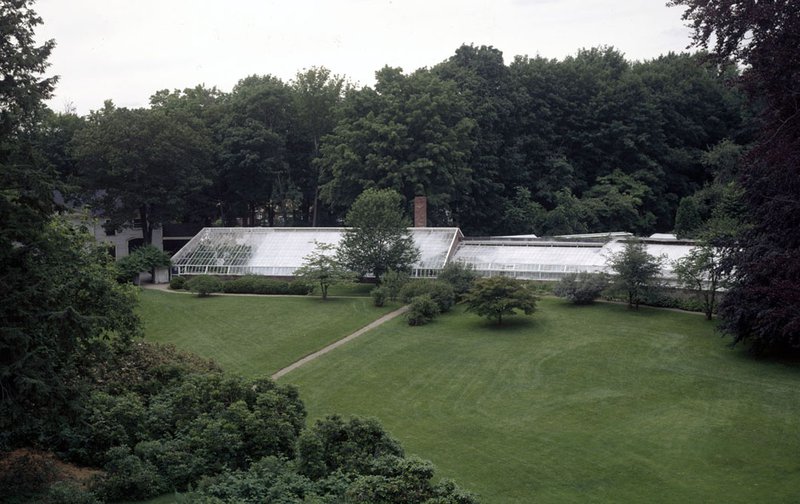 Another major advance to greenhouses technology in the 20th century was the introduction and widespread adoption of hydroponic growing methods, where plants are grown in a soilless environment and receive nutrients via water supplied directly to the root zone. Not only have hydroponic growing methods helped farmers achieve significantly higher yields and greater levels of control, the technology also allows producers to recycle unused water and nutrients, leading to significant water savings on a plant by plant basis compared to conventional farming.

Hydroponic technology, which many believe dates all the way back to 600 B.C. and the Hanging Gardens of Babylon, first received significant attention as a viable method for growing crops in the early 1900’s thanks to the interest of Dr. William F. Gericke at the University of California. Dr. Gericke’s research focussed on commercial applications of hydroponic growing techniques, and he is commonly credited for taking hydroponics out of the laboratory and onto the farm.

It was WWII, however, that finally catapulted hydroponics from a rare curiosity to a bonafide method of growing food on a large scale, thanks to the efforts of the U.S. Army and Air Force, as well as the British Royal Air Force. With military personnel stationed around the globe often on small islands with limited ability to grow or procure their own fresh food, the U.S. and British militaries turned to hydroponics as a way to ensure that troops received the necessary vitamins and minerals to maintain a healthy diet. By the end of WWII, these military hydroponic farms had been built around the globe, including a large greenhouse on Ascension Island, which once reportedly produced 1,910 pounds of cucumbers, 768 pounds of tomatoes, 990 pounds of lettuce, 109 pounds of peppers, and 955 pounds of radishes all in one month.

After World War II, hydroponics slowly but surely gained traction over the years as a mainstream method for growing food and helped the greenhouse industry transform into the agricultural powerhouse that it is today in the U.S. and abroad.

From the first known greenhouse built by Romans almost 2 millennia ago, to the hydroponic greenhouses of World War II, greenhouses transformed over the centuries from an experimental growing technology into a bonafide method for large-scale food production. The story, however, does not end there. In fact, it could well be argued that more innovation has taken place in the greenhouse industry within the last 50 or so years than the entire 2,000 before them, with many innovations from artificial intelligence and robots to glass integrated Solar PV emerging in only the last few years.

Stay tuned in the coming weeks for Growing More with Less: Part 2, in which we’ll take a look at the greenhouse industry as it stands today. From Shenandoah Growers to Sundrop Farms, we’ll discuss how economies of scale, capital infusion, and a rapid pace of technological innovation have shaped the current industry and are paving the way for greenhouses of the future. 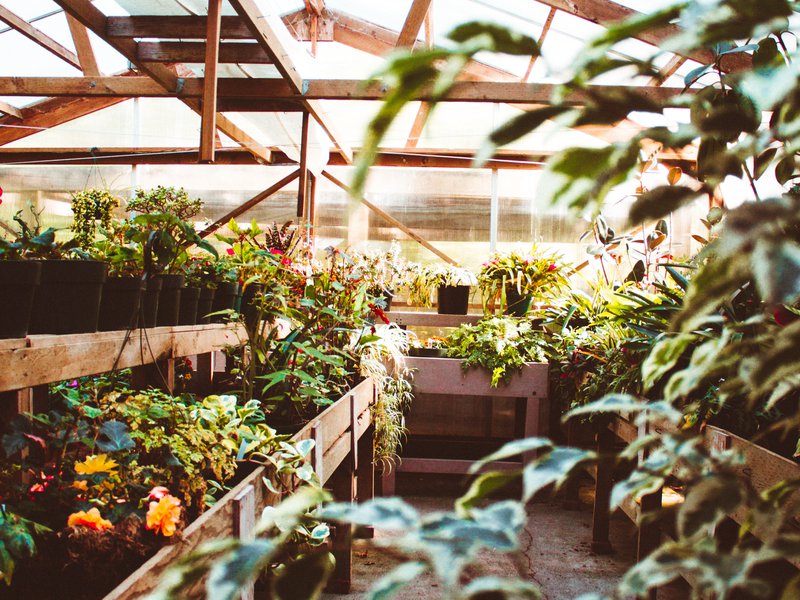 the industry is witnessing a blossoming like no time before. Greenhouses today are increasingly emerging that are large-scale, capital-infused, and urban-centered. 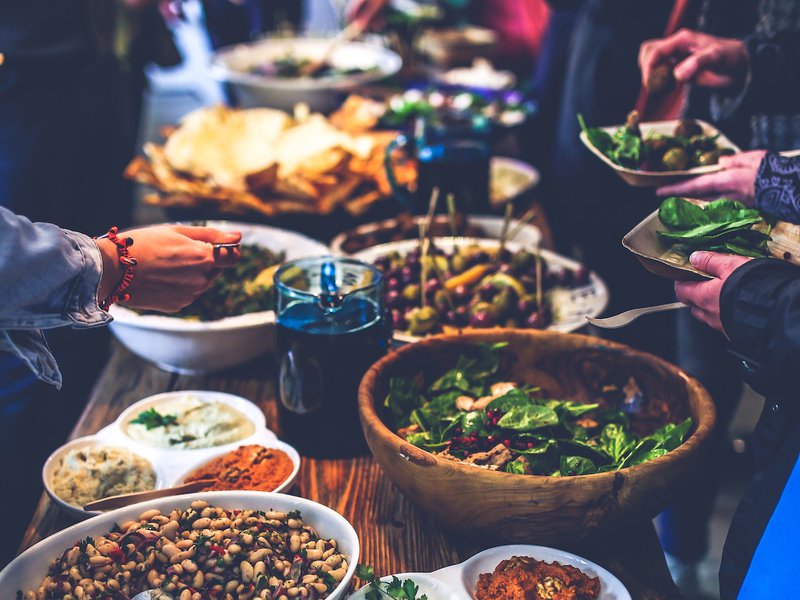 As the world's need for sustainable food and farming processes increases, the food industry tackles issues in package waste, agricultural tech, food production, and the ocean and seafood industry. 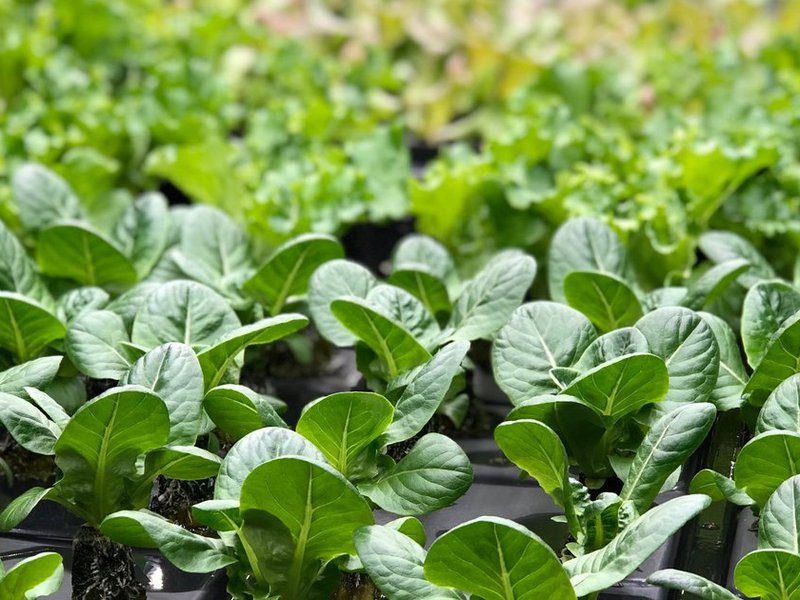