When you talk to JC about his kids, you quickly realize that the choice of articles simplifying parent-repreneurship lack the nuance of real life. You can't follow a list. You can't create a catch-all theory. You can't even expect your kids to empathize with your entrepreneurial spirit.

There are no instruction manuals for parenthood or entrepreneurship and that's the beautiful thing about it. They both sit in this chaotic void where no single day – no one story – will be the same. The only constants that you can truly control are your priorities in life and your passions.

Those are the life lessons that arose from a conversation I shared with JC. It just so happens that he had the philosophical smarts to embed that into his family much more energetically than most do. This is the story of JC, and how you can invent your own balance. 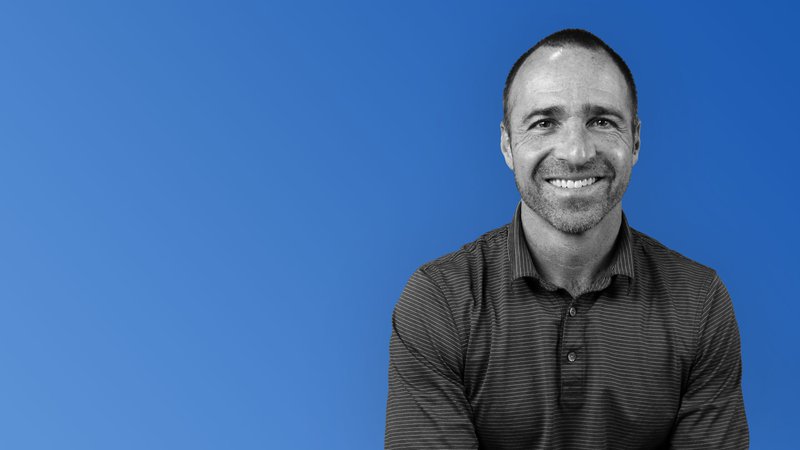 JC is a fire-cracker. He's exactly the kind of startup enthusiast we look for here at Plug and Play. There's no arrogance, there's just raw enthusiasm to work, connect, build, and grow.

We're talking about one of the most well-liked entrepreneurs in our building here. His charisma is infectious and was part of the reason I decided to use his product, Reactful, for our website. It's a simple and effective marketing tool that serves a real need. It qualified him as an adept entrepreneur and a solid salesman.

Reactful provides a similar flexibility to the facet that JC describes as essential to him being a successful entrepreneur and parent. He is the master of his own time, but if he would admit it, his children are the masters of him. At any given moment, he can stand up from his desk and go straight to his kids – for school pickup, for dinner, for those intimate moments that make a family flourish.

That same flexibility gives him the ability to jump into a conference on the turn of a six pence, go to a meeting with an investor as soon as they ask him to, and the same for a potential client interested in his product. It is the ability to be independent and trust your intuition as a business person, and at its essence, a human being.

To be able to prioritize what is most necessary at any given moment is one of the most powerful benefits to parent-repreneurship. Something you just won't get at a big corporation.

Where it all started... 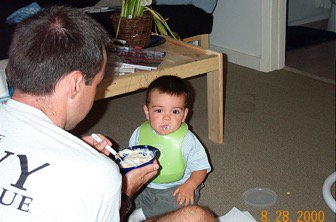 “My first kid was born the day we got the term sheet for my first company, Softcoin. It coincided to the day.”

That was the moment in JC's journey where he finally reached the crossroads of entrepreneurship and parenthood. His desire to become an entrepreneur happened much earlier and the lineage was close to home.

When JC's grandfather was younger, he joined his family venture – a manufacturer of machine printing units in Barcelona. He moved to Mexico to expand the business, but it never quite took off. “So he fell into the safest path and took a job at International Paper and stayed there for the next 20 or 30 years of his life.”

JC followed suit and took a job at P&G's mega-marketing team straight after college. His grandfather was diagnosed with cancer around the same time and the stability felt like a necessary friend. Conveniently, on his way home from work, was the hospital where his grandfather would go whenever there was a crisis.

Fate would have it that JC would be in the room alone that day, on a visit after work, when his grandfather died. It was that moment that something clicked for JC: “When I die, do I want to say that I sold more soaps? Will my life have meaning when I am on this bed? Dude, c'mon. No more. I'm on my own.”

An exercise in empowerment

As we moved our conversation along, JC mentioned that; “Entrepreneurship helps to teach my kids that you can go out there and do it on your own. You don't need to be in the corporate machine to do well.” JC sees his entrepreneurial tendencies rubbing off more and more – they take the initiative at school through public speaking and clubs, they follow their own passions, and they go all-in for what they want.

“I see them take more risks – the kind of risks that put them in uncomfortable places that other kids their age shy away from.”

But JC's wife is not as entrepreneurial. She works at a non-profit, and comes from a legacy of success where your destiny is to join the family business. This has caused friction during periods of uncertainty as some of his ventures have gone south. There have been times were JC has cut his paycheck down. There have been times when JC has cut his paycheck altogether.

The way to overcome that was to explain his personality to his wife and kids better. To help them understand why he does what he does. Because it is beyond a passion or a lifestyle. It is what “puts him into the zone” – where hours feel like minutes – the single biggest lesson he wants to pass onto his little ones.

The zone is your passion

“When you are in the zone – what are you doing? My daughter is the handyman of the house – that is her zone – we sit together and fix things. So I will encourage her to go into a profession where she creates that feeling.”

To JC, the moment you enter the zone is the definition of your meaning – it is what life is about. He doesn't have preconceptions of what he wishes his children to become or do in the future. He just knows two things are for certain: “I want my kids to explore the world,” he said with wide eyes, “and to follow their zone”.

This is a noble and modern stance for a parent to take and the sure sign of an entrepreneur parent. Many mothers and fathers will encourage their child into a well-paying, highly respected profession that creates stability. But who said life was meant to be stable? It's a ride we all take and to travel the road most interesting is something entrepreneurs do every single day.

All that glitters is not entrepreneurship

That desire makes the treatment of his children different to the other parents around him. One of JC's kids attends a school that is filled to the brim with millionaire and billionaire children – private jets and exclusive ski trips to Montana are the birthday party norm.

Instead, JC takes his son and his friends camping on his birthday. Of all the trips that little friendship group take together, JC's camping trips get the best feedback. This is just further proof to his children that being in this rollercoaster is actually bringing them closer as a family and forging a more enriched life. They base their value on who they are and the impact that they can have, not on the things they can buy.

JC doesn't believe he would have had that vision for his children if he was not an entrepreneur. It was the dark times that forged that path for him and that is the heirloom he is passing on – a resilience in the face of adversity.

So, how do you invent your own balance?

Juggling parenthood and entrepreneurship has to be one of the trickiest and most stressful experiences. It is also, no doubt, one of the most rewarding and life affirming.

Before you do anything, you have to take a deep, introspective look at what you want your family life to be. Set a clear path and empower your children to be what they are born to be. Enjoy the flexibility – use it to your advantage – for it is a gift that few receive and, if you work harder than hard, it will become your best friend.

You'll also have to find your zone and follow it, and identify your child's zone and empower them to develop and hone it. Sure, your corporate pals may own a summer house way before you do, but your legacy is not brick and mortar, it is your bloodline.

And finally, “jump right in, you're on your own.” 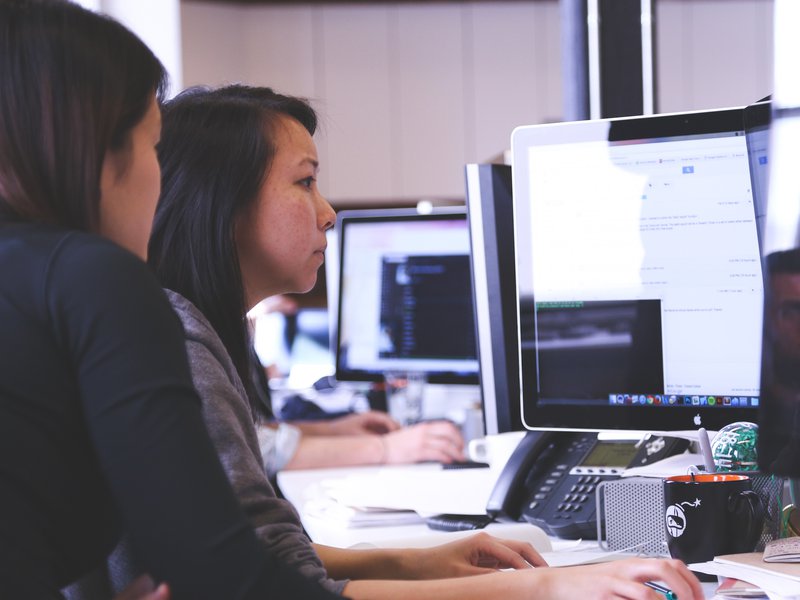 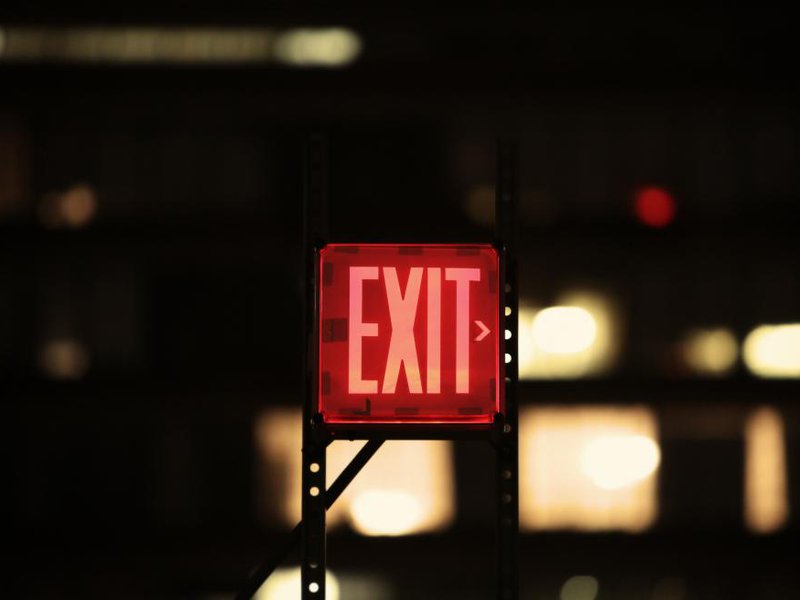 How many rounds of funding does a business need before exiting? The data says it varies by continent and by exit type... 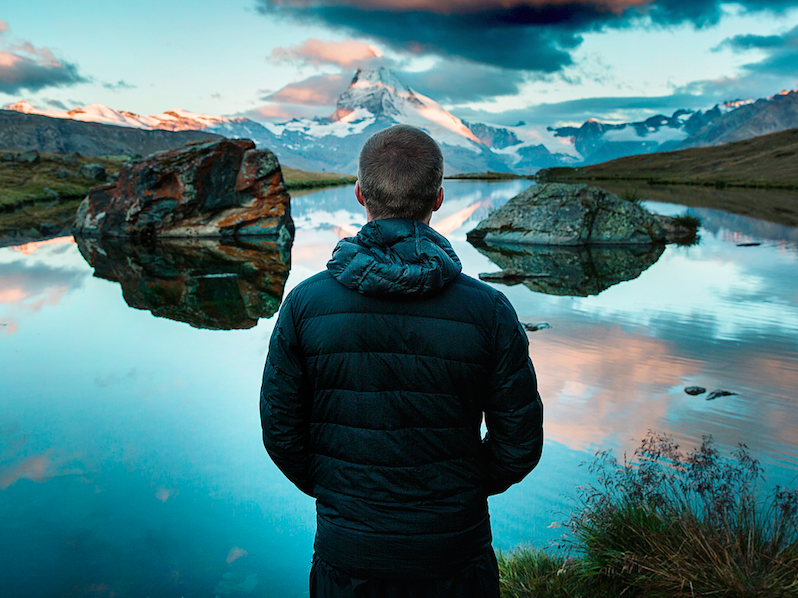 So you’ve got an idea for a business.
Read more stories
Useful Links