While meat contributes to a significant portion of our everyday diet, it is becoming increasingly evident that not only can we live without meat, but we should shift the direction of the meat industry towards a more healthy alternative. The industry that we count on relies on the slaughter of billions of animals each year for financial gain. While it would be ideal to shift away from meat altogether, it would be nearly impossible due to the world’s dependence on meat. A more plausible option would be to change the concept of meat around the system. With new technologies and companies forming, now is the perfect time to fully embrace a Clean Meat future.

What's clean about it?

Clean Meat refers to the nature in which the product is produced as well as the benefits it holds for consumers. It is clean because it is bacteria and cruelty free, and clean because it does not have antibiotics and potential foodborne illnesses that we are exposed to in our normal meats. Clean Meat is produced from the cells of living animals, as well as the analysis of proteins in meat and replicated with plant based proteins. Certain groups are using a tool called CRISPR – a tweak in the organism's DNA – in order to bring about accelerated cell growth. This gives more control over the quality of meat and promotes the use of labs over slaughterhouses.

Clean Meat also brings about less cruelty towards the animals, which for some may not mean much, but it would also mean that less space would be needed to keep breeding them at such fast rates for human consumption. Clean Meat could lead to positive change for our environment and effectively slow down climate change. With the amount of space dedicated to farmland in the United States being 41% of all land, the methane being dispersed into the air would significantly decrease and the amount of water needed to sustain the livestock would be significantly lower.

While this optimistic outlook is very promising, there still are a few challenges that we need to overcome first. The first of these being cost: it is expensive to obtain the lab-grown meat that has been shaking up the industry. However, since Dr. Mark Post debuted his lab produced clean burger patty for $330,000 in 2013, the company Memphis Meats is making the same product and can be produced at $40 per gram today – a fraction of the cost in a relatively short amount of time. While this is still expensive to the average consumer, the company plans to sell the burger at $10 a patty by 2020 and match the price of the least expensive burger within the next 5 years. While we wait, we do have other groups tackling the issue of plant-based proteins that taste like real meat that have been popping up in restaurants nationwide.

Impossible Foods have created their product, the Impossible Burger, by analyzing the proteins in a hamburger at a molecular level to replicate the taste and structure using plant-based proteins. This results in a product that looks, cooks, and tastes like a real hamburger while using significantly less land, energy, and water to do so. By 2035, they plan to remove animals from the meat industry as their mission statement claims.

Beyond Meats is another company that looks to market to meat-eaters with a product that tastes like a real hamburger. Beyond holds a market cap of $13.4 billion, which speaks volumes for a company that only just recently went public. These numbers not only speak to the quality of their product but to the rise in the trend of meat alternatives.

Other companies like Memphis Meats and Finless Foods have been creating lab-made Clean Meat by developing animal cells. The latter of these two companies focuses on creating seafood from fish cells, in fact, one of their products is meat from the bluefin tuna without harming the fish that has been a high target for “predatory fishing practices”. These advances in new ideas in one of the world’s largest industries have also influenced the decision making of larger companies, such as Tyson Foods who has partnered with both Beyond Meat and Memphis Meats. As strange as it may seem, these companies are not spending their time marketing to vegans and vegetarians in the world, but rather those who eat both plants and animals, as they make up 75% of consumers. Due to the low number of people who are vegan and vegetarian, it makes sense for these companies to target customers who eat both, to maximize their profits in this shifting industry

Our future is moving towards sustainable, affordable, and accessible products. Clean Meat has the potential of replacing the usual method of obtaining meat, and can even make it cheaper and more available to all. With new companies emerging to follow new trends in the sustainable food industry, the future looks bright. The prospect of effectively slowing down climate change, or providing food to those in need, should be enough to get everyone excited for the future of the meat industry. If that's not enough, just look at the prices. For the consumer, Clean Meat is looking to make products available for low cost, and for corporations and investors, this is a potential $140 billion industry. The positive effects on both personal health and the environment are quite impressive. While it takes time, it exists as a vision to chase after. 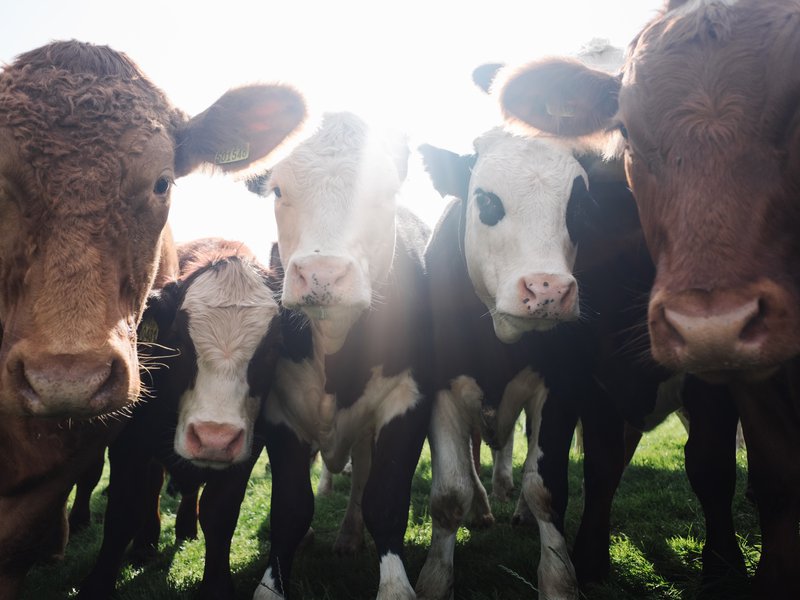 Livestock technology can enhance or improve the productivity capacity, welfare, or management of animals and livestock.