Stats in countries outside the U.S. show how miserably the U.S. lags when it comes to frictionless and contactless payments. Take Australia for example, the country is tap happy! Virtually every Aussie knows they have a card that allows them to quickly tap and pay. Over 75% of face-to-face Visa transactions are contactless tap-and-go.

‘Tap-and-go’ transactions complete in under 5/10ths of a second.

The banks in Australia wisely issue “dual-interface” cards, meaning each card comes with a little Near Field Communications antenna (in addition to an EMV chip) – which enable the contactless tap of the card. It also means there’s no need for the consumer to insert a chip and wait while the lines back up and frustrations mount. In fact, ‘tap-and-go’ transactions complete in under 5/10ths of a second.

Canada, SE Asia, and parts of Europe are on a similar trajectory. In 2016, more than 95% of Canadian credit cards were contactless and over 75% of retailers accept contactless payments. Similarly, the UK had more than 100 million contactless cards distributed as of Q4 2016. That’s more than 63% of all cards. All of the London Transport System now accepts contactless which accounts for more than 1 million transit rides a day, all done with a simple tap from a contactless card.

Notice the stats point to “cards” repeatedly and don’t mention mobile wallets once? In fact, mobile wallets aren’t even a footnote yet. Why not? For one, there is a massive delta between the pure number of cards in circulation and the number of downloaded mobile wallets.

The consumer value proposition just isn’t strong enough yet to drive both adoption and frequency of use. The Pays, including Apple Pay, for all the fanfare, are struggling to drive adoption and repeat usage. According to InfoScout, in a regular study by PMYNTS.com, the number of people who’ve installed Apple Pay and used it at least once is stronger than it’s been. But repeat usage is down — and has been going in reverse ever since March of 2015.

“We’re seeing an uptick in the number of consumers with Apple Pay wallets in stores that accept it and who didn’t use it say that they didn’t use it because, well, they didn’t want to.” Said Karen Webster President of PYMNTS.com. “They made a conscious decision to pull out a card to pay for their purchase instead.”

So what’s really driving it?

The ubiquity and convenience of a simple contactless card and enough places that accept that card are the real drivers of the contactless explosion in these markets. That is not to say that mobile wallets won’t be a factor over time but only once they provide enough value to consumers and merchants to tip the scales.

The speed, convenience, and ability are proving to be far too irresistible.

In our current state and for the foreseeable future, the speed, convenience, and ability to use a familiar yet tap-able card that’s accepted virtually everywhere is proving to be far too irresistible for consumers to avoid. That kind of ignition has forced merchants to quickly get on board with contactless POS or go the way of the buggy whip.

What about contactless in the United States?

Yes, we lag considerably. The migration to EMV started much later and, yes, it is much more complex than it was for the concentrated markets I described. But, the fundamental technologies, drivers, and consumer sentiments are very much the same. We now have around three million new contactless capable POS terminals, yet contactless penetration is near non-existent on the consumer side. Why is that?

Large U.S. stakeholders made the big mistake of not taking the global lessons to heart (especially from those that are years ahead of us). Perhaps the biggest mistake comes from the issuing banks: banks were mandated to issue EMV compliant chip cards by late 2016 and most of them chose the minimalist path. They saved ~35 cents per card by sending us “single-interface” chip cards with no contactless antenna.

That simple mistake continues to force consumers to “dip and wait” when paying at one of the three million shiny, new terminals. I don’t know about you, but even as a consumer I would pay the extra 35 cents for a ‘tap and go’ capable card. Banks should see that such use cases will drive the contactless cards to the top of the wallet!

The risk of missing out on new contactless technologies

Innovative contactless technologies are being developed regularly to drive sales, eliminate friction, and reduce fraud across the payments ecosystem. However, until the U.S. banks adopt contactless, U.S. consumers and merchants are landlocked with a limited ability to benefit.

In point of fact, our small Sunnyvale, California based startup, xPressTap, is launching its payment platform in Australia, Canada, and South East Asia to further simplify commerce at the point of sale and online. Our company enables transactions on the mobile phone with a simple “tap” of a chip card.

Merchants and sellers only need that one thing that never leaves their side (or pocket) – their phone. We also eliminate the cost, maintenance, and hassle of toting around the separate hardware.

xPressTap is enabled for markets where there is ubiquity with either contactless cards or mobile wallets. Unfortunately, the U.S. has neither.

But all that could change soon

The infrastructural groundwork being done in the U.S. to accept chip cards enables the flip of some switches to turn on contactless. So while banks have been slow to recognize the magnitude of the opportunity, the terminals are being readied. Roughly 3 million out of 12 million and counting are full EMV and contactless capable.

And one bank in particular isn’t waiting around to take advantage. Citi Bank recently issued co-branded “contactless” Visa cards in their mammoth deal with Costco. 11 million of us can now start tapping. I recently tapped my Costco card at a Trader Joe’s and to the surprise of the attendant and the line of people it worked like a charm.

No dip and wait, just a quick tap, which had other customers asking where they can get a contactless card.

That card now sits right at the top of my wallet! As consumers catch on and recognize the dramatic improvement, Citi will see the broader first mover advantage. Other banks will need to follow suit or risk being relegated to the bottom of the wallet. It has proven to go down this way in virtually every other EMV migration outside the U.S. and we are no different.

So expect 2018 to be the year of contactless for the U.S. 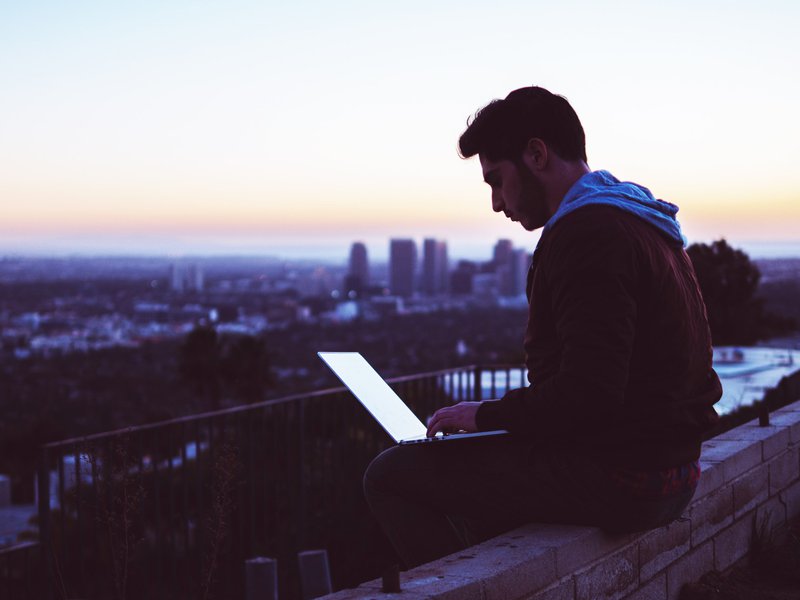 The changing of the guard is upon us.
Read more stories