Cities are growing, evolving. And innovation plays a huge role in this transformation.

Almost 10,000 years ago, hunter-gatherers learned the secrets of selective breeding and agriculture, and managed to grow their own food. For the first time in history, humans found a way to survive without moving to a different territory to find new sources of food. And that’s how everything started.

It wasn’t until the Industrial Revolution that modern cities as we know them appeared. New technologies deployed on a mass scale allowed these vast communities to grow faster than ever before. This video shows (quite spectacularly), the evolution of the most populated cities over time.

In order to improve these big communities and prevent them from collapsing, innovation is and has always been key. Cities need sanitation systems, properly-built homes, secure transportation. And the list goes on forever. Even if we have evolved a lot since hunter-gatherers changed the course of history, there’s still much left to be done.

What’s the future of cities, then?

The future of cities will come hand in hand with innovation. Cities won’t be cities anymore. They’ll be Smart Cities.

The City of the Future: The Challenges

How will the city of the future look like?

There is not just one good answer.

Cities are made by the people that inhabit them, and people are profoundly affected by culture and by the city itself. Thus, two cities facing the same problem might need two different solutions.

And that’s probably the main challenge encountered when trying to develop a Smart City. A Smart City is not just a city that uses cool technology. It’s a city that carefully studies the habits and the needs of its citizens and tries to fix them in the most suitable way.

That’s the difficulty and the beauty of it, right? 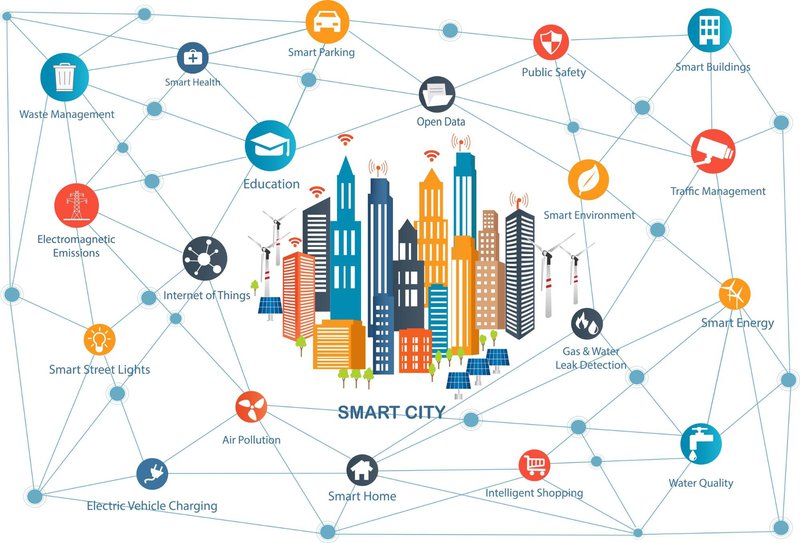 Some of the challenges that the city of the future will face. Source.

But even though the solutions might differ, there are some main challenges that affect most cities. And we’ve made a list with the most relevant ones.

In the City of the Future, Mobility Will Change Radically

Traffic. Who likes it, right? It always ranks as one of the main problems affecting cities. If there’s ever such a thing as the perfect Smart City, smart mobility will play a key role in it.

Smart mobility faces problems such as traffic, pollution, car accidents, parking and many more. (This infographic explains pretty well this and other benefits of the Smart City).

But let’s clarify something before anyone gets confused.

How 21st-Century Planning is Different

Governments and citizens have always tried to foresee potential problems and fix those already happening. However, the approach to solving these problems is radically different now to what it was before.

For example: Some decades ago, the solution to busy highways was to add a new lane.

Well, maybe not so much.

What seemed like a good way to reduce congestion brought, in fact, poor results. Adding a new lane didn’t reduce traffic. Instead, it attracted new drivers that didn’t use that route in the past. Instead of fewer cars on highways, cities ended up with equally congested roads (only, this time, they had an extra lane full of vehicles.)

The city of the future will face problems differently. Instead of just adding a new lane, those trying to create a smart city should look at the problem from different points of view. Do we really need that many cars? Should we be owning cars or should we share them? Would it be preferable to have self-driving cars? What percentage of traffic is caused by people looking for a parking spot? Perhaps we should make parking smarter? The possibilities are endless, and the answers vary depending on the city.

So, back to mobility.

Some of the main elements that will shape mobility in the city of the future are:

Buildings in Future Cities are Not Just Buildings

Nowadays, 50% of the total human population lives in cities. Studies predict that 35 years from now, that percentage will rise up to 75%. That means we need to find a home to 3 billion people in just 35 years.

And, if we want future cities to be smart cities, not every building is good enough. We need our skyline to be made up of buildings that are, amongst other things:

IoT: The Core Technology Upon Which The Future City is Built

Without the Internet of Things, Smart Cities wouldn’t exist. These intelligent, interconnected cities, rely on data collection for everything. And that is what IoT sensors do: they collect data and feed it into a platform so it can be analyzed.

In the city of the future, devices must be able to communicate between each other, so decisions can be made. Authorities and city officials must work hand in hand with network operators to position several connectivity points throughout the city to ensure proper communication.

Future Cities Will Be Sustainable (And This is Not an Option)

Sustainability is key in the development of any Smart City, and it is closely related to some other challenges we’ve already talked about throughout the article. We have mentioned traffic or sustainable buildings. But, hey, there’s a lot more:

The City of the Future: Who is Behind It

Startups play a key role when it comes to finding new solutions to build the city of the future.

The challenges that smart cities face are endless, and public institutions and large corporations simply can’t come up with all the solutions that we need. Some of the most brilliant (and passionate) minds are in startups that are still finding their way in a global ecosystem. For corporations, these startups are a threat, but also an opportunity. 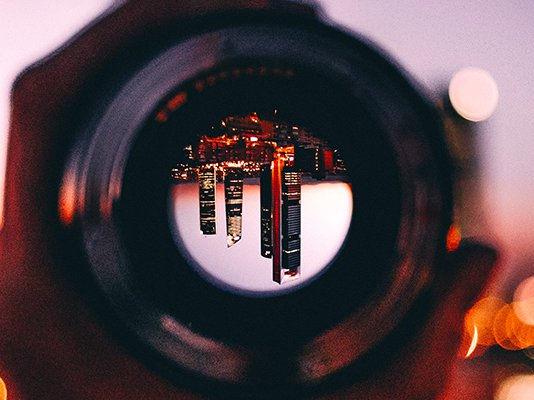 We have put together the insights from Plug and Play employees from all over the world. What’s their prediction for Finance in 2020?
Read more stories