At Plug and Play, we recognize diversity and we celebrate the positive impact it has on our communities. As such, we make the effort to learn about all cultures and how different cultural backgrounds can bring us together. There are many incredible people of color making big changes in the tech industry.

In honor of Black History Month, we have compiled a list of Black leaders who have changed our communities and played a key role in inspiring the world of tech, whether it’s inventing a solution that helps prevent train accidents, or spearheading the first mission to space.

We believe it’s vital to recognize the many accomplishments of Black leaders and people of color in tech in order to increase diversity and inclusion in our evolving world of innovation. The following black leaders have paved a path and left a legacy for future leaders. 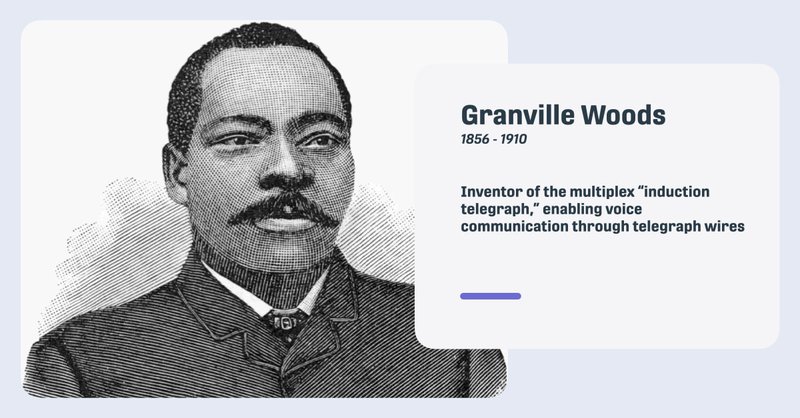 Born in Columbus, Ohio, Granville Woods was a great inventor, specifically known for his 15 different appliances for the electric railways. He was most known for inventing the multiplex “induction telegraph,” which allowed for voice communication through telegraph wires. The device ended up preventing many train accidents. He became known as “Black Edison” because Thomas Edison tried to sue Woods after he invented the multiplex telegraph. The lawsuit failed, so Edison tried to make Woods a partner, but he refused. Woods held nearly 60 patents at the time of his death. 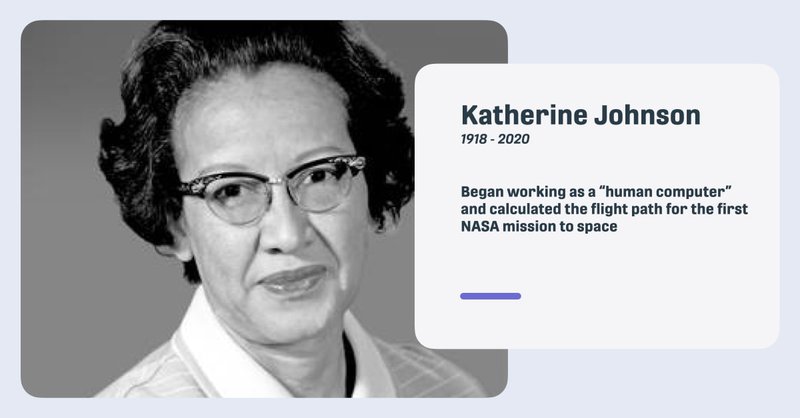 The accomplishments of Katherine Johnson were highlighted in the film Hidden Figures, but for those who don’t know, she was a pioneering Black woman in tech. She entered college when she was just 15, and at the time of graduation, her only employment options were teaching or nursing. So she worked as a teacher before she applied for a job at the Langley Research Center (which would later become part of NASA). In 1953, Johnson began working as a “human computer” and calculated the flight path for the first NASA mission to space. Her calculations were essential to the success of many early missions, like Project Mercury and Apollo 11. She also helped confirm the accuracy when machine computers were brought in. In 2015, she was awarded the Presidential Medal of Freedom by President Obama. 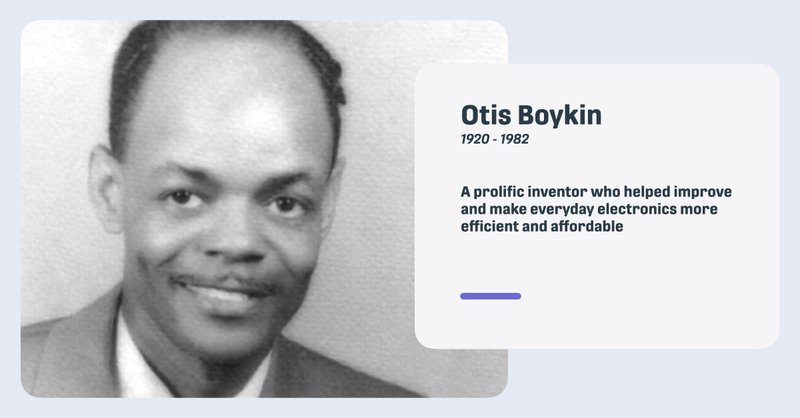 Otis Boykin was another prolific inventor, eventually holding 26 patents. After graduating from Fisk College in 1941, he began working with the Majestic Radio and TV Corporation and eventually P.J. Nilsen Research Laboratories. Among his inventions was a wire precision resistor used in televisions, radios, IBM computers, and even in military missiles. He also invented a control unit for the pacemaker. Boykin helped improve and make everyday electronics more efficient and affordable. 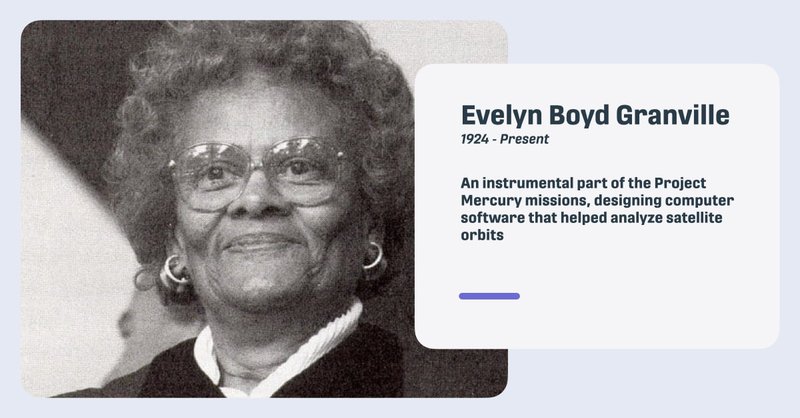 In 1949, Evelyn Boyd Granville became the second African-American woman ever to earn a Ph.D. in mathematics (hers was from Yale). After working in D.C. using math to help develop missile fuses, Granville took on a role at IBM in 1956. This launched her career at NASA since IBM was a contractor to NASA at the time. She was an instrumental part of the Project Mercury missions, designing computer software that helped analyze satellite orbits. She also worked on the Apollo program in 1962 before returning to IBM as a senior mathematician. She has had a passion for education, teaching in higher ed, elementary schools, and advocating for STEM education. 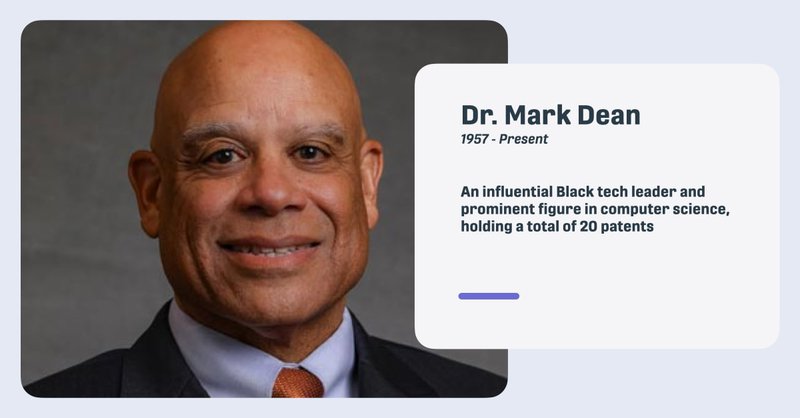 Mark Dean is an influential Black tech leader and prominent figure in computer science. Early on he had an interest—and a gift—in technology, building his own computer, radio and amplifier when he was in high school. He began working at IBM in 1980, where he was an essential leader in developing the personal computer. He holds 3 of IBM's original 9 patents for the PC. Beyond that, he holds a total of 20 patents. Throughout his career, he has made significant contributions to IBM’s research and development. More recently, he led the team that produced the 1-Gigahertz chip. He is the first African-American to become an IBM Fellow, which represents the highest level of technical excellence. 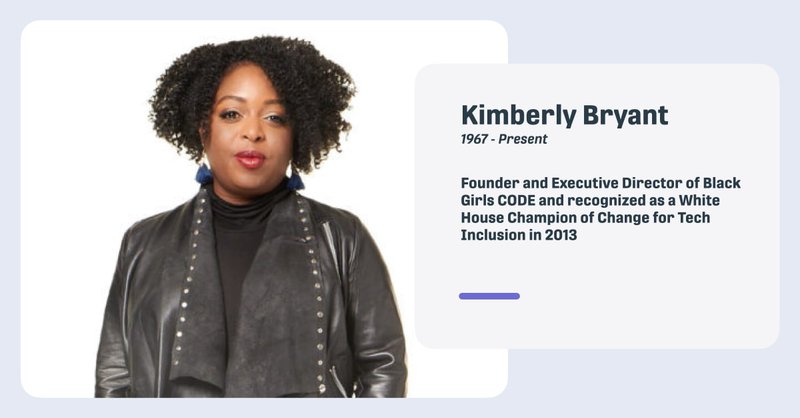 Kimberly Bryant is an electrical engineer and activist whose career has had a wide-ranging impact. She’s spent over 20 years in the pharmaceutical and biotech industries, and she’s also a champion for diversity and inclusion in tech. She’s the Founder and Executive Director of Black Girls CODE, a program dedicated to introducing girls of color to the tech industry by teaching computer programming to school-age girls. Their goal is to teach one million black girls to code by 2040. She is one of the most influential engineers in her career and her advocacy, and she was recognized as a White House Champion of Change for Tech Inclusion in 2013. 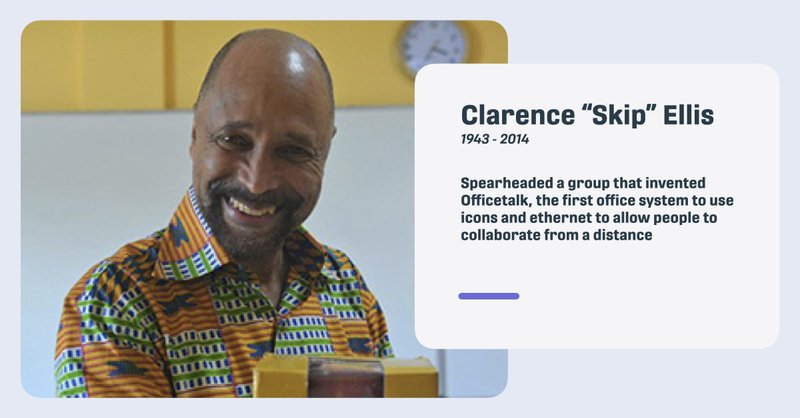 A native of Chicago, Clarence “Skip” Ellis was the first African-American to earn a Ph.D. in computer science (he earned this degree from the University of Illinois at Urbana-Champaign in 1969). While studying, Ellis worked on hardware, software, and the development of the ILLIAC IV supercomputer. He had a long career at major tech companies like Bell Telephone Laboratories, IBM, Xerox, and more. At the Palo Alto Research Center where he worked from 1976 to 1984, Ellis spearheaded a group that invented Officetalk. It was the first office system to use icons and ethernet to allow people to collaborate from a distance. Ellis was a real pioneer in this field of operational transformation (examining the functionality in collaborative systems), which is found in computer applications today like Google Docs. Does that make him the grandfather (maybe great grandfather) of remote work? Perhaps. But either way, Ellis has had a hand in shaping the technology we use today. 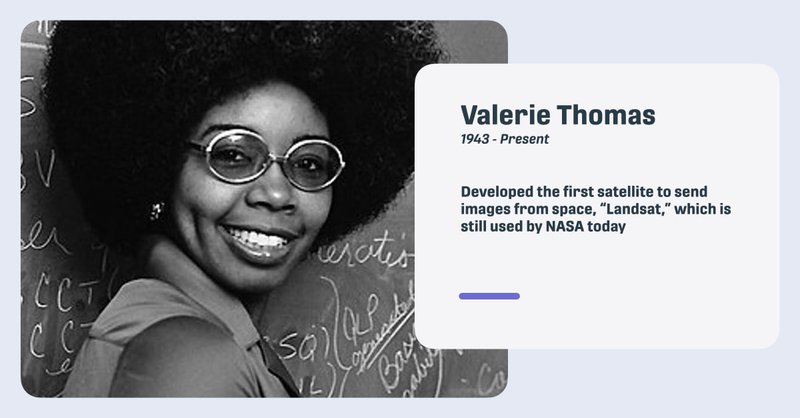 ​Valerie Thomas had a strong interest in technology early on but didn’t receive support for it until she attended Morgan State University. She was one of only two women in her class to major in physics. She excelled at school and landed a job as a mathematical/data analyst for NASA. She worked at NASA from 1964 to 1995, conducting large-scale experiments, developing computer data systems, and most notably, spearheading the development of the first satellite to send images from space, “Landsat.” The technology she developed is still used by NASA today.

Plug and Play’s mission is to drive innovation by connecting entrepreneurs, corporations, and investors worldwide. We believe diversity drives innovation. We lead initiatives both internally and externally across our community that represents and promote diversity, equity, and inclusion. Doing so strengthens our ability to drive open innovation anywhere in the world. So, we’re building an ecosystem where our differences are our strengths.