In the small village of Mongola Juu in Tanzania the closest access to energy is about a 2–3 hour truck ride. And while most activities in the community can be undertaken using only manpower, the lack of energy resources hampers the village’s development.

The road to electrification in Africa is not an easy one. With much of the infrastructure still under construction, companies doing their bit are looking for other ways to make an impact. The problems in electrifying the continent are many, starting with the lack of infrastructure and reliability of the service and ending with something as simple and latent as corruption or lack of resources and funding.

According to a report by McKinsey, about 48% of sub-Saharan Africa, which holds 13 percent of the world’s population, lacks proper access to electricity.

Some startups have already taken the first step towards energy transition using what are known as micro-grids and micro-utilities.

A micro-grid is a smaller version of the network as we know it today. It includes a generation source that can be directly used by users to generate energy. An example of this is a diesel engine (fuel generator) or a modular combination of solar generation plus a battery to store the energy generated by the solar cells.

Micro-grids provide the advantage of being safe against general blackouts since they are separate from the grid and, as such, they are not vulnerable to grid failures. They also make it possible to electrify areas farther away from large urban centers where the electricity grid does not reach.

The concept of a micro-utility is based on premises similar to those of a micro-grid. A micro-utility is any entity that generates small amounts of power and sells it locally to end-users near the generation site. It functions the same way a micro-grid typically would and does not need to have as large as an infrastructure as traditional utilities to engage with its customers.

Rensource Energy: The power of micro-grids and combining Solar PV and Energy Storage

A company focusing on delivering power through Micro-utilities is Nigerian-based startup Rensource Energy. Based out of Lagos, Nigeria, this company provides a micro-grid solution combining solar and energy storage. By working cross-vertically through different segments of Nigeria’s society, the company has been able to engage with community associations, government, regulatory agencies’ contractors and private investors to provide an alternative solution to Diesel generation. The market opportunity is enormous, given that Diesel generation tackles an 18 Billion USD market size and micro-grids aim to overtake this whole market in Nigeria. The opportunity is there and Rensource Energy has shown an enormous amount of traction, growing from just $400k in revenue in 2017 to projecting almost 20 Million USD by the end of 2019.

One of its main backers is NEOT OffGrid Africa, an investment platform formed by a joint venture between venture capital firm Meridian and french utility giant EDF (Electricité de France).

SteamaCo: General Accessibility to the grid and Last Mile Distribution

SteamaCo is a company that connects the main utilities to its customers by enabling data. As mentioned before one of the greatest challenges in Africa is powering the most rural areas of regions, where centralized power systems cannot reach. In Kenya, for instance, only 50% of the population has access to electricity. The market is rapidly tending towards decentralization and off-grid power, and Steama sees this happening all across Africa.

On the other hand, utilities’ traditional approaches are changing. In order to retain and acquire new customers, they need to ensure the proper connectivity and productivity of their grid. Steama enables this through their system. By acting as a nexus between the three counterparties: investors, utilities, and customers, they enable regular scale utilities to become large-scale ones through an IoT platform that helps them to scale quickly.

They do so by applying smart meter technology and a cloud-based system. Aside from this, they also automate switching on and off lines and they monitor energy sales and how much energy their clients are using.

SteamaCo’s steady growth has been supported by a recent $5 Million Series B round, backed by Praetura Ventures and Shell Ventures.

ZOLA Electric: Project financing and bringing the major corporations on board

Partnering with major corporations and utilities who can provide the knowledge and know-how to energy markets in Africa is also one of the best practices used by startups trying to enter the market. One of these companies is ZOLA Electric, which is also focused on providing reliable solar and storage power systems specifically designed to work off-grid and with unreliable grids.

Xavier Helgesen, ZOLA’s founder, has managed to partner with some pioneering companies in the generation, storage, transmission and distribution of energy. Some of their partners include TOTAL, Tesla, General Electric and EDF Energy.

One of their unique approaches towards project financing is based on the way they sell energy to their customers. ZOLA Electric allows its users to finance their electricity over time by investing in energy generation systems that can be paid for gradually, similar to how they would finance their mobile phone or any other basic daily use tool.

This allows customers who lack electricity access to become energy independent and improve their lives for the better. Since the company was founded back in 2012, ZOLA has managed to provide electricity to more than one million people in Africa.

NxtGrid and Fabio de Pascale: The impact of making energy financing accessible to anyone

Fabio de Pascale is another energy entrepreneur putting in a serious effort to change the energy landscape in Africa.

In March 2019, Fabio started Nxtgrid, based on a franchising program for solar developers to sell financial plans in Nigeria. The business model is based on project developers and small owners of land who send them an LOI (letter of intent) where they specify their previous agreements and their sites of interest. Through a mix of satellite imagery, machine learning and credit scoring through survey automation, NxtGrid is able to assess how these developers and farmers can build these mini-grids in the most efficient and profitable way. Their assessment includes figuring out the size of these grids that makes them profitable, how to build them efficiently, and the party that will finance them.

Their target goal is pretty ambitious. Besides bringing the construction of a mini grid from the standard time of one year down to 100 days, NxtGrid is planning to deploy about 10,000 mini grids in the next years.

UMEME: Utilities that are paving the way

One of Africa’s most successful stories in the road towards electrification is Ugandan utility UMEME, who controls about 97% of the power distribution in the country and is one of the few profitable African utilities.

Umeme was founded in 2004 through a consortium of a subsidiary of the British government (Globeleq) and South African utility Eskom.

Here a few pinpoints that showcase how Umeme is leading the way:

Since founded, the company has managed to turn around one of Africa’s lowest electrification numbers (started with 50 MW of power capacity for a country of 40 million people and a 10% electrification percentage) increasing power generation by 70x. 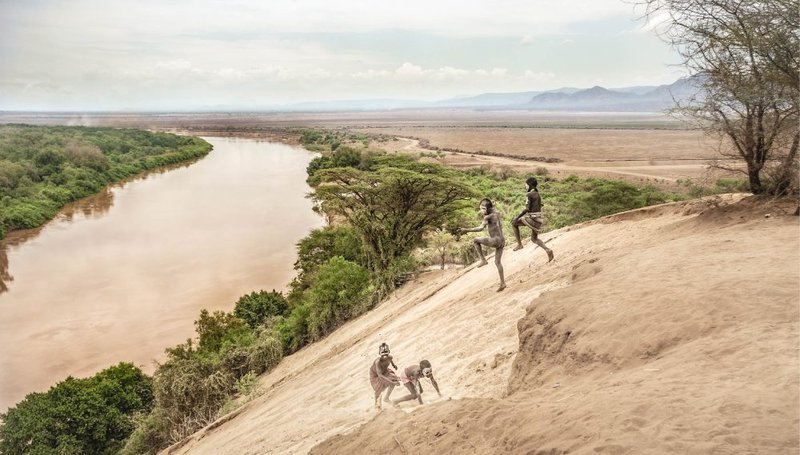 According to the United Nations, the population in Africa will reach a whopping 1.5 Billion in 2025, meaning that a great number of people will need to gain access to electricity. How can African nations get engaged and help achieve this target?