The number of deals and funding in African startups has been growing over the last few years furthermore, the ratification of the AfCFTA can boost the African startup ecosystem by creating the biggest Free Trade Area in the world.

…What is the AfCFTA?

The African Continental Free Trade Agreement (AfCFTA) is a trade agreement signed by 54 of the 55 African States and ratified by 22 of these countries for now. 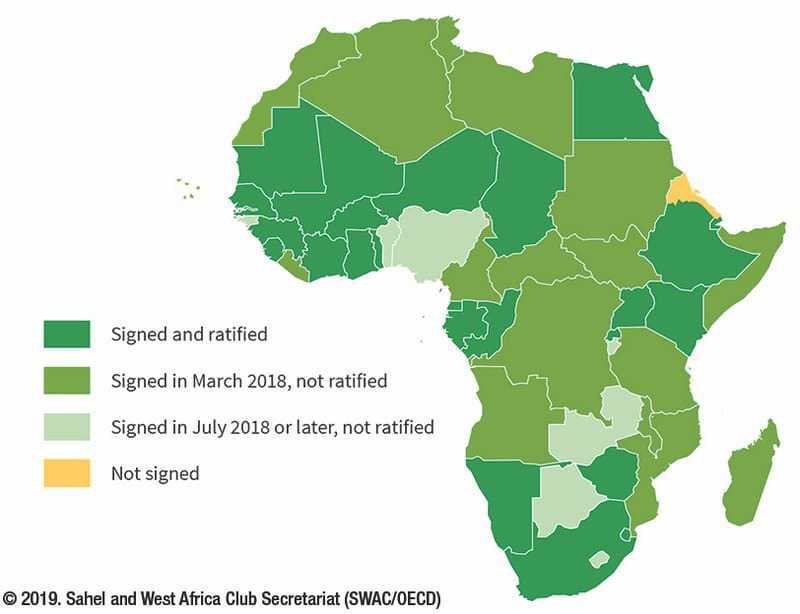 In July 2019 the AfCFTA entered its operational phase and once all the countries that have signed the agreement ratify it, it will become the largest Free Trade Area in the World, which will drive the continent’s growth and transform economies.

According to the World Economic Forum, African intra-regional trade accounted for 17% of exports in 2017, a very small amount compared to 59% in Asia and 69% in Europe. The objective of this agreement is to increase the African internal trade by 20% in the medium term, but it can double or triple the internal trade depending on the agility of the implementation.

With this agreement, not only the internal trade is going to grow, but it is expected to see growth in Foreign Direct Investment (FDI). According to the United Nations’ World Investment Report, African FDI grew by +10,9% in 2018, is the only region with Asia (+3,9% increase) that sees an FDI growth in 2018 — Latin America -5,6%, Developed economies -26,7%, Transition economies -28% — The United Nations highlight that “better growth prospect and AfCFTA could boost flows in Africa”.

We have seen in other regions like the ASEAN how a Free Trade Area (FTA) improves the FDI. Numerous studies show that there is a positive relationship between the FTA and FDI inflows into the Asia-Pacific region. There are several cultural and operational differences between these two areas, so the main challenges for African countries will be to make as efficient as possible continental trade by reducing bureaucracy, improving operations in the borders, and promoting intercontinental trade.

The current Startup ecosystem in Africa

According to Partech’s report on African tech startups, the yearly founding amount is accelerating exponentially, representing an x4.2 growth multiple in the last 3 years.

Despite the growth in the number of deals in early-stage startups, most of the funding in African startups are concentrated in the late stage. In 2018, deals and total funding in growth-stage startups increased significantly, which implies good returns for seed, series A and series B investors.

So it is expected that these successful VCs will raise new funds and that deals and total funding in early-stage startups will increase in the next years. 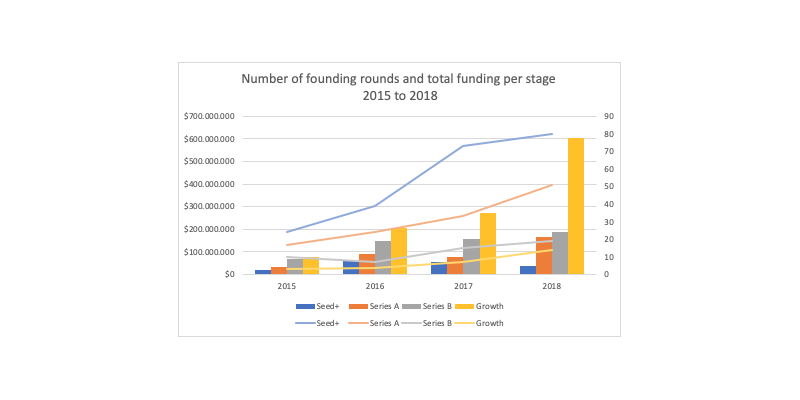 There are 4 main tech hubs in Africa: Nigeria, South Africa, Egypt, and Kenya. This shows that the ecosystem is distributed all over Africa — North, East, West, and South — all of them have a tech hub that drives innovation and technology.

A large number of hubs across Africa have been supported by mobile operators and other tech corporates. These hubs are becoming increasingly appealing to an international audience. Building an ecosystem where collaboration between VCs/Accelerators, corporates and startups is key.

What will be the impact of the AfCFTA for startups?

Currently, startups are tied to a regional market and the few that are acting internationally have to face numerous bureaucratic difficulties, which makes operating internationally more expensive and time-consuming, which is a barrier for most African early-stage startups.

With the AfCFTA, entrepreneurs will have access to a much larger market, which will facilitate their international expansion, but it will also bring international competition to regional markets. To tackle that competition, during the first years of the AfCFTA one of the processes that we will possibly observe is numerous mergers or acquisitions from startups that want to grow fast in new regions.

The AfCFTA will be also very beneficial for getting international investment, as we have seen before, FDI will grow and part of this FDI will be targeting startups. International and regional VCs will see how startups will have access to a greater market, which will increase their potential and will get more interest from VCs.

Following the trend seen in the previous graph, it is expected to see growth not only in the amount of money invested but also in the number of deals. The first startups that will see this increase will be the growth stage startups as they have resources to expand so they are the ones that will get a direct benefit from the AfCFTA, but it will create a domino effect with which the rest of startups will benefit.

The creation of the biggest Free Trade Area in the world could be also interesting for international players, but as the culture and business is completely different, large international corporations that want to get into the African market will have to adapt their business to the region, which entails uncertainty, and it is time and resource consuming. Regional players already know the market and its characteristics so they are in a more favorable position to build the next big thing in Africa.

As we have seen all along with this article, the AfCFTA will be beneficial for the African startup ecosystem. But to see these benefits a collaboration between entrepreneurs and policy-makers is needed. Both parts need to align, set standards and clarify how goods and services will move to avoid uncertainty and boost investment in the continent.

Industries that will most benefit from the AfCFTA 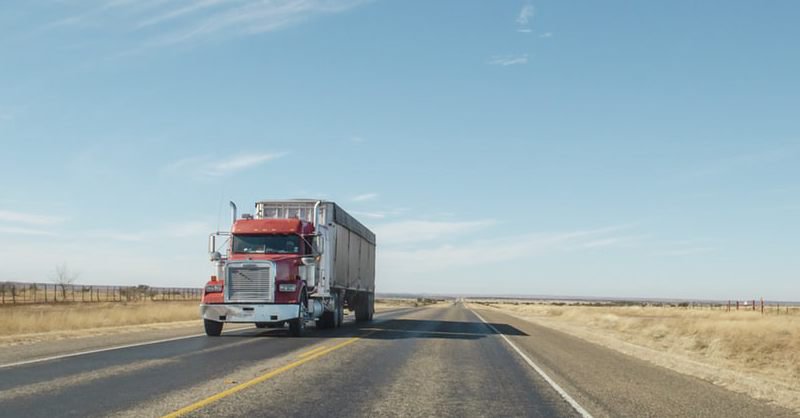 Free Trade Area is directly linked to the international transportation of goods. This sector is the one that is expected to grow more in the next few years because continental trade is expected to boom after the implementation of the AfCFTA. Africa Continental Trade accounts for 17% while European accounts for 69%. Moreover, tech hubs areas are scattered across Africa(Egypt/North, Nigeria/East, Kenya/West, South Africa/South), which means that there can be numerous players in a market where the winner does not take it all.

Kobo360 is a Nigeria based end-to-end digital logistics platform. They raised $30M from Goldman Sachs in August 2019. 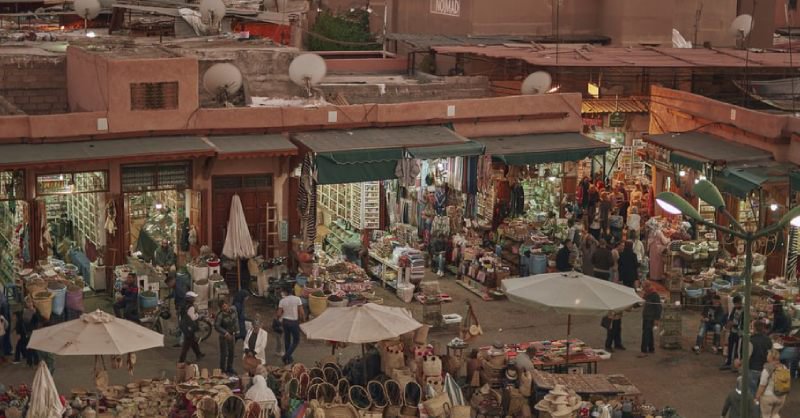 Sokowatch is a Kenya based startup that provides multinational companies with a data-driven distribution network focused on the informal sector of emerging markets. They raised $2,5M from Breyer Labs and Helios Investments. 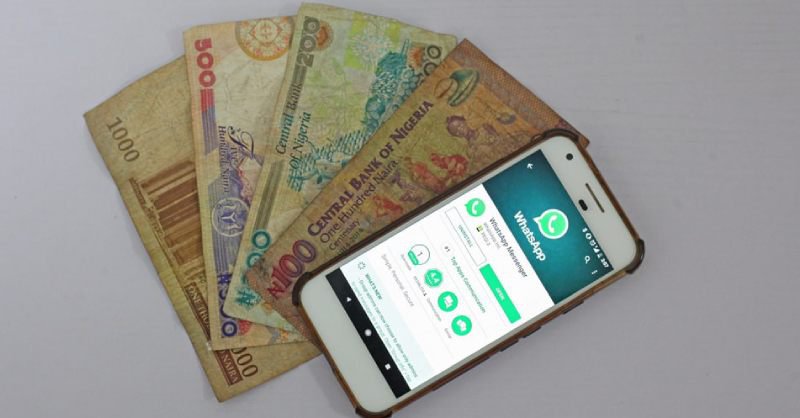 International trade means international transactions, Fintech is already accounting for 50% of the investments in the African continent. Financial inclusion has been the main target for startups, but with the AfCFTA we expect to see growth in B2B financial services to streamline payments and trade between businesses.

JUMO is a South Africa based technology platform for operating inclusive mobile financial services marketplaces. They raised more than $90M in total.

At a moment in the economy where developed countries are rebuilding walls and barriers for trade, Africa will try to boost their economy by building bridges and openness between countries.