As the corporate landscape shifts dramatically, S&P 500 companies are facing more threats than ever. It’s not just peer companies of similar size -- international corporations now have to deal with the threats posed by small companies and startups.

Startups aren’t going away. In the last five years, there were 38,000 companies at the Series A and Series B stage. Corporations are learning to work side-by-side with them through symbiotic arrangements. Traditionally, corporations viewed startups -- and the issues they brought to light -- through the lens of “Build, Buy or Partner?” With that model, the two entities co-existed as uneasy rivals, and the possibility of a formal partnership was ever-present. In some cases, it almost felt like a threat.

In the last five years, there were 38,000 companies at the Series A and Series B stage.

Now, there’s less focus on how corporations and startups can formally pool their resources. The mere fact that they occupy the same landscape is having a big impact on the way things are done. Simply put: Startup culture is changing the way corporations do business. This article will explore the ways that startups have impacted corporations. It will also describe some trends that have emerged from the new ecosystem.

Eric Ries, an entrepreneur and New York Times bestselling author, explored the ways that startup culture is permeating the corporate landscape in his book The Lean Startup. He found that the disruptive impulse that fuels entrepreneurs to create a startup shouldn’t necessarily extend into the day-to-day of a business.

Startups are often formed in a whirlwind of activity, which means uncertainty and experimentalism are built into their DNA. That makes them the perfect candidate for outsourced R&D. Compared to their corporate counterparts, startups simply move faster and with less impedance in the day-to-day. The startup community is ground zero for thousands of simultaneous experiments involving alternate business models, new demographic segments and non-traditional marketing tactics.

Viewed in that light, startups offer something invaluable to corporations: a bird’s eye view of the entire landscape. When corporations use the empirical data provided by startups’ daily operation, they’re able to take advantage of a resource that has no equal.

Trend 2: Startups as a Predictive Tool

Due to a variety of factors -- ranging from speed of technology adoption to size and scope of mission -- startups can serve as a preview mode, or predictive tool, for corporations. The problems that startups are dealing with right now offer a great indication of the issues corporations will have to grapple with in the future.

Entrepreneur and professor Clay Christensen coined the term “disruptive innovation” to describe the phenomenon where “a product or service takes root initially in simple applications at the bottom of a market and then relentlessly moves up market, eventually displacing established competitors.”

The problems that startups are dealing with right now offer a great indication of the issues corporations will have to grapple with in the future.

It’s something we know intuitively through our experience interacting with startups in our daily lives. In the often cited example, Google began as merely a search engine. But it soon blossomed into a versatile suite of products and services spanning from email to cell phones to video streaming to home automation -- and an ever-growing list that seems only to be limited by its engineers’ imaginations.

What does this mean for corporations?

It certainly makes them more wary of the threats that they face from all angles. Thanks to services like AWS, Microsoft and cloud applications, the barrier to entry for starting a startup is as low as it’s ever been. That also means that adoption curves are faster than ever.

Trend 3: Becoming Comfortable with the Possibility of Change

Most startups will fail. That’s the attitude that many entrepreneurs have in the back of their minds throughout everything they do. On the other hand, they know that the startups that succeed often succeed beyond their wildest dreams.

How does this mentality “rub off” on corporations? Simple. Corporations are starting to understand that the high failure rate of startups is irrelevant. There’s a lot to learn from observing the condensed lifespan of those companies -- and many of them pilot ideas that are certainly worth examining (and sometimes, worth incorporating).

Trend 4: Looking Beyond the Balance Sheet to Understand the Competitive Landscape

Finally, the glut of venture capital deals, acquisitions and general corporate expenditure on startups provides an invaluable tool for assessing key priorities and coming trends. Corporations can simply review the size and number of deals in a given field to get a quick read on the health of their associated investment ecosystem.

Best of all, the mere act of turning to these channels helps break the monotonous and unhelpful “data janitor” mindset that can pervade large corporation. This exercise helps large companies to organize their thoughts and observations into actionable insights.

When Dollar Shave Club burst onto the scene with a viral YouTube ad, Gillette quickly took notice of the mail-order razor blade business model -- a demographic segment that it clearly hadn’t put much stock in before DSC’s arrival. Gillette parent P&G filed a massive patent infringement claim against DSC, and later Unilever acquired the startup for $1 billion in the largest startup acquisition deal in history.

Why couldn’t Gillette and Unilever have seen the low-cost mail-order razor trend coming? Likely they did, but large corporations tend to be hamstrung by their own rigidity and strict processes. That’s the kind of environment that discourages experimentation. It’s nearly impossible for a traditional corporation to be simultaneously large and innovative.

This isn’t something that corporations can easily change, either. They simply don’t have the infrastructure in place to identify and invest in experiments. Since they operate with strict adherence to their balance sheet, traditional corporations have to worry about failures, which can get expensive and time-consuming (but which are also a vital part of disruption and innovation).

Corporations are, by nature, extremely concerned with what other large corporations of their size are doing. This preoccupation with their peers means that most corporate experimentation comes in the form of micro-moves, not seismic shifts. Hence the term “flavor innovation”. That is: Corporations devote their greatest energies to responding to the new products and services that the legacy players release … not anticipating what the as-yet-unknown company will create.

How does this trend affect corporations? When the “Buy” portion of the “Build, Buy or Partner” shrinks, corporations become more reliant than ever on finding and attaining the very best talent. You can see the effect of this sentiment with the trend for corporate employers carving out the intellectual property of employees as not belonging to the employer. They do this because more and more of the best talent has an entrepreneurial mindset -- even if they are, for the moment, taking a corporate job.

Corporations are shaking off some of their most entrenched beliefs and practices, leading to exciting changes in the landscape as a whole.

The current time is an exciting period for corporate evolution. As corporations watch startups rise and fall around them, they must learn from what they see -- whether it’s good or bad. In addition to the traditional partnerships forged between corporations and startups -- through incubators, accelerators, mergers and the like -- corporations have naturally started to adopt certain behaviors from the startup world. This tendency has changed the way that big companies do business, and in turn it has affected the expectations of customers who rely on their goods and services.

Corporations have already adopted numerous traits and practices that were once the exclusive domain of startups. They’ve become comfortable with a much faster pace of innovation, they’ve incorporated analytic data more creatively and they’ve become comfortable with pivoting processes rather than overhauling their systems.Thanks to the infusion of corporate venture capital, corporations understand that many of their best employees may have entrepreneurial aspirations, and this epiphany has altered the way corporations think about intellectual property -- to the benefit of the employee.

The end result? Corporations are shaking off some of their most entrenched beliefs and practices, leading to exciting changes in the landscape as a whole. As demonstrated with the above list of trends, the impact of startup culture on corporations has been quite pronounced.

The handbook your corporation needs for digital transformation. 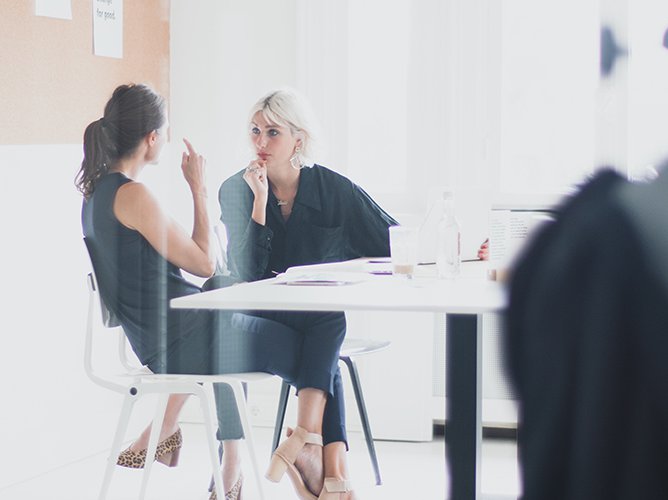 The real question is: where can corporations find good startups? 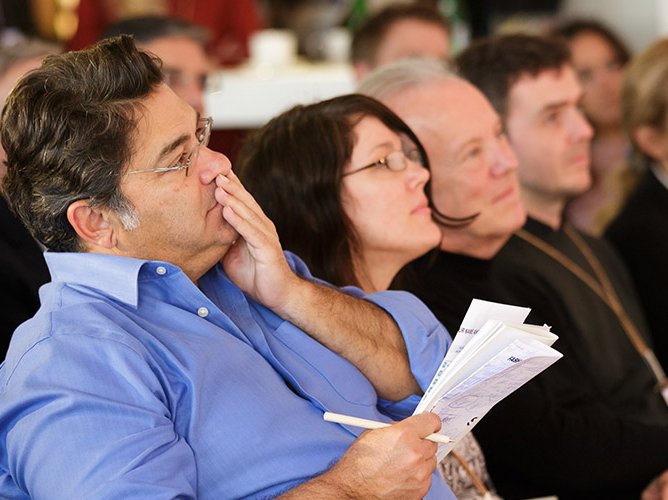 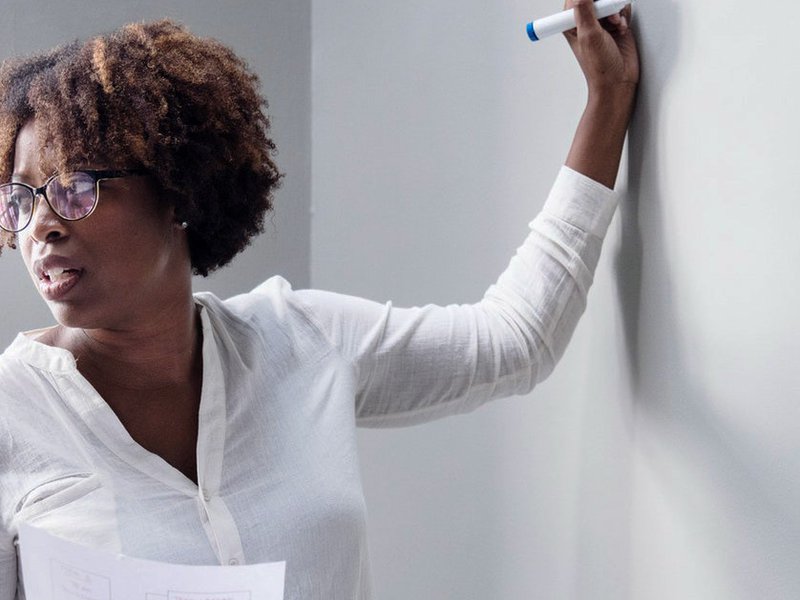 What are the smartest ways that corporations and startups can work together to improve R&D?
Read more stories