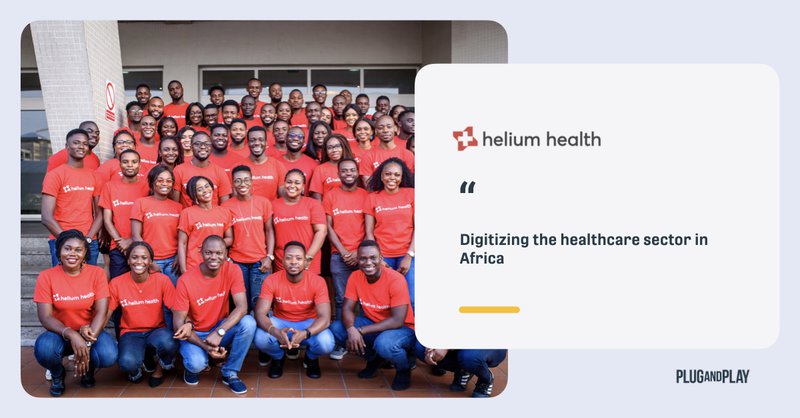 Despite years of interest and investment from governments and non-profit organizations, Africa lags behind on digital transformation in healthcare. Paper-based systems are not uncommon, the market is highly fragmented, and data is not accessible or is unreliable. With a growing middle class, rapid urbanization, and increased Westernization of lifestyles, noncommunicable diseases like cardiovascular disease, cancer, and diabetes are on the rise in Africa. Healthcare in Africa is now dealing with a double disease burden of infectious diseases and noncommunicable diseases, but the infrastructure has not modernized to meet the needs of patients today. According to a Stanford report from 2015, fewer than 50% of Africans had access to modern health facilities. Moreover, only 30% of hospital visits across Africa are recorded, yet 98% of the population uses mobile phones.

This is not a minor issue: Africa is the world’s second-fastest growing region (behind Asia) and that growth extends to the healthcare market. According to the International Finance Corporation and World Bank, the African healthcare sector was valued at $35 Billion in 2016 with projected increases by CAGR of 6% between 2017-2030. More recent projections of growth are up to 13%.

Contributing to market growth is Africa’s rapidly growing population. Over the past 20 years, the population has increased annually by 2.5% and is expected to double from current numbers to 2.4 billion by 2050. Africa also bears 25% of the global disease burden, yet only has 2% of the world’s healthcare workforce. At the same time, 48/54 countries in Africa have signed up to deliver universal health care by 2030. 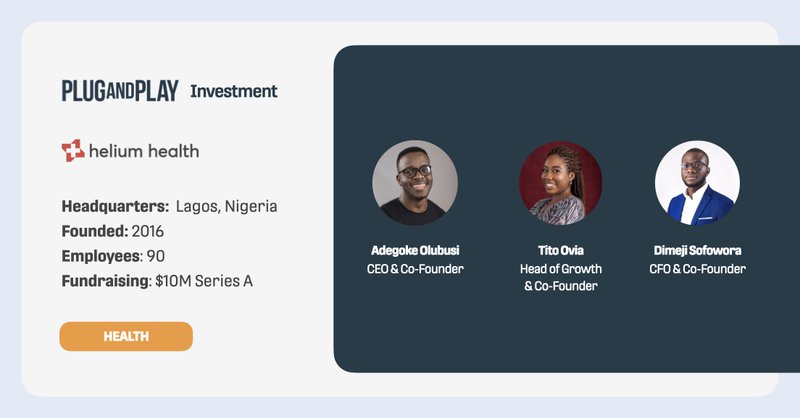 Helium Health has developed a suite of software solutions that serves as the digital infrastructure for all healthcare stakeholders in Africa: providers, payers, patients, and governments. By doing so, Helium is building a data network that can be leveraged by interested stakeholders for research, resource allocation, smart policy creation, and market entry.

Despite its modern approach, Helium's technology was created to suit emerging markets. It is "ultra-thin" and offline-first, easy to deploy and use, comes with multi-specialty support, and has smart analytics.

Helium Health is the #1 hospital and public health software provider in West Africa with over 400 in-network facilities across 3 countries, representing over 6,000 medical professionals caring for 200,000+ patient visits a month. The company is actively expanding into North Africa, East Africa, and the MENA region.

More importantly, Helium Health is formed by an incredible team of serial entrepreneurs. Two of the co-founders previously built a social platform (KingsChat) that went on to be Africa’s largest, with 20M+ users. At Plug and Play, we reached out to Goke and invited Helium to present at a corporate dealflow meeting. They joined the meeting and we kicked off investment discussions.

We are now proud to officially welcome Helium Health in the Plug and Play portfolio family and are excited for what’s to come.