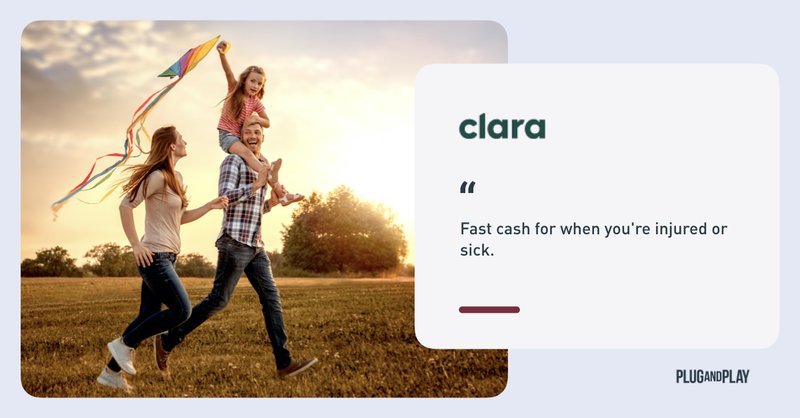 We’re honored to be backing Clara, a new insurance platform revolutionizing the supplemental benefit market, in their $5.5M Seed funding round alongside Two Sigma Ventures, Founder Collective, and RGAX.

Hundreds Of Thousands of Americans Are Underinsured And At Risk

According to a survey from NORC at the University of Chicago, eight million Americans have launched crowdfunding campaigns to pay for medical care for themselves or someone in their household.

In fact, 20% of Americans have contributed to a crowdfunding campaign to pay for medical bills or treatment. Beyond that, 35% gave to someone they did not personally know.

This was before COVID-19 hit. 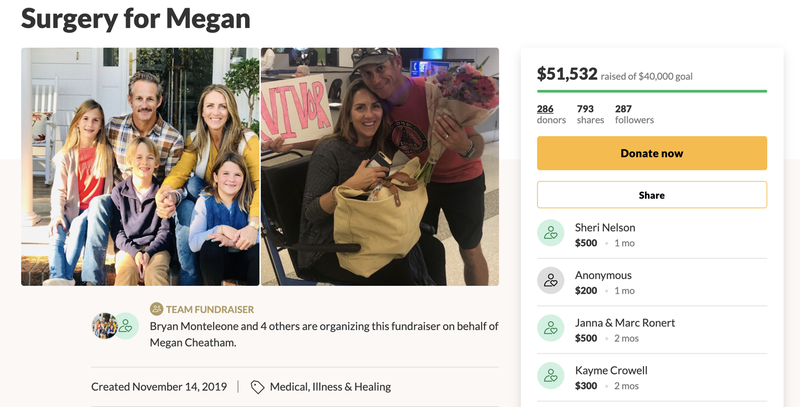 So what’s going on? Faced with rising out-of-pocket costs like deductibles, copays, or coinsurance, people can’t pay their medical bills and have no other option but to ask strangers for help.

But it wasn’t always like this. Back in the ’80s, in order to bridge the gap between insurance coverage and incurred healthcare costs, supplemental insurance was created. There are several different types of supplemental insurance plans, many of which are targeted to specific health issues like accidents, critical illnesses, and hospitalizations.

However, despite offerings of supplemental insurance by insurance carriers, millions of Americans have been and are still at risk of a double blow. A serious health event coupled with financial distress.

The numbers, unfortunately, are staggering. In 1981, only 8% of families filing for bankruptcy did so in the aftermath of a serious medical problem. Fast forward twenty years and a 2001 study in 5 states found that illness or medical bills contributed to about 50% of bankruptcies.

Since then, the number of un- and underinsured Americans has only grown, health costs have further increased, and Congress has tightened bankruptcy laws.

Using a conservative definition, studies show that 62.1% of all bankruptcies in 2007 were medical; 92% of these medical debtors had medical debts over $5000, or 10% of pretax family income. The rest met the criteria for medical bankruptcy because they had lost significant income due to illness or mortgaged a home to pay medical bills. Most medical debtors were well educated, owned homes, and had middle-class occupations. Three quarters had health insurance. Using identical definitions in 2001 and 2007, the share of bankruptcies attributable to medical problems rose by 49.6%.

A new study from academic researchers in 2019 found that those numbers are holding firm: 66.5% of all bankruptcies were tied to medical issues. That means that an estimated 530,000 American families turn to bankruptcy each year because of medical issues and health care bills.

It’s not hard to see why. According to the Federal Reserve’s Report on the Economic Well-Being of US Households in 2017, 40% of adults declared that if faced with a $400 unexpected expense, they would have to borrow money or sell something in order to cover costs. 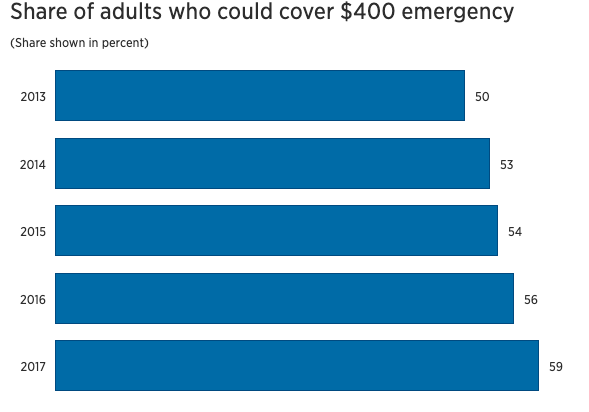 But Big Problems Require Bold Entrepreneurs To Solve Them

That’s why we invested in Veer Gidwaney and the Clara team. 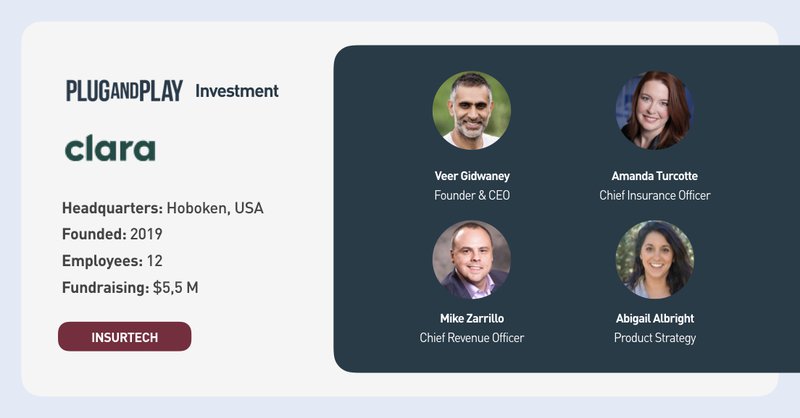 When we first connected with the Clara team, we felt incredibly lucky to meet entrepreneurs who saw a huge need in the supplemental benefit market where they could add immense value by approaching the problem in a very different way - by putting people first.

The Clara team knows what it takes to build a scalable long-lasting business. The company’s leader, Veer, has previously built million-dollar companies as the former co-founder and CEO of both Maxwell Health (est. 2010) an HR and benefits platform focused on helping people achieve health and financial security, acquired by our corporate partner Sun Life Financial in June 2018, and Control-F1 (est. 1999) an automated technical support solution, acquired by Computer Associates in 2006. The team has a phenomenal background, are experts in their own fields - from insurance to product to sales to marketing - and knows how to execute at both a state and national scale.

Fitting right into our investment thesis on New Products and Coverage, Clara has a massive vision of a simple, tech-enabled benefit that provides wide-ranging, personalized coverage and pays cash quickly when people need it most. The team has been talking to customers about their vision from day one to ensure they remain on the right path, a trajectory that has led them to build an exceptional product and solution - one that covers 4x more than other legacy plans.

With their industry expertise, leadership, and customer-focused products, we know that Clara will help millions of Americans prevent a double blow. Clara customers can confidently face health care challenges knowing that they no longer have to fear a trip to the doctor or the bills that come with it.

We can’t wait for their launch in Texas this summer and to continue to support them on their journey.